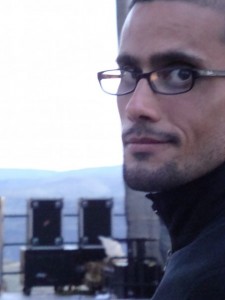 Ebb and Flow: Part Two. The End. No More. Finis.

I sit on my hotel bed and say some kind of prayer, an eight word utterance I’ve imagined seemingly out of nowhere in the last few days in order to keep at bay the worst I can imagine. I say it when my body seems to fail me with a grand fatigue and deep depression […]

Ebb and Flow: Part One

In the great applauseless, 3 a.m., early gray of suburban Maryland, there’s just the steady drone of the streetlights outside my hotel window. I’m only an hour ahead in time zone but I feel miles and hours away from home and Emily, who has stayed behind because she can’t fly because the baby will be […]

I’m no preacher nor am I a teetotaler, but I know that the fourth step of Alcoholics Anonymous states that after “we’ve admitted to being powerless over alcohol”, and after we came to believe in a Power greater than ourselves, and had made a decision to turn our lives over to It, however we knew […]

Scene From A Marriage: Bobby’s Plight

“I’m afraid of dying.” She moves over to me and rubs my bald head, bald from the intensive, 21-day experimental treatment I’ve undergone to try and choke my deathless cancer. “I don’t know when I got to be so afraid again, but here I am.” “Things have changed, right? I mean, things have changed. Our […]

My mother told me just this morning (Friday, June 17, 2011) that I should write something about how my affliction with cancer is really an affliction that the whole family has in some way. I believe her. I believe it. She says, “You should write that because we’re all affected. Maybe I’ll try my hand […]

Everything’s got the shine. That’s been my point.

I was telling someone that my current experimental treatment was like the experience of being in a car crash. It’s the only way I know how to describe it. Sometimes I think it’s not even the crash itself but the treatment I just had was like the moment right after collision and right before the […]

It’s all vague dreamless nights. Nights when dreams are squashed by the intensity of sleep, a forced sleep brought on by pharmaceuticals and anxiety. Mostly, if they come, dreams haunt me before sleep befalls me — in the weird space between the closing of eyes and REM; and then there’s a long quiet nothing as […]

A portrait of boredom and boredom’s agents

The boredom. It’s the boredom of disease. I stare at the objects of my room to no end, until they hurt my eyes. Like I think my eyes may have grown sores on them and have broken and pussed or have broken and are bleeding. Like even closing my eyes hurts and so, hence, my […]

My co-workers greeted me in the faculty lounge of the Las Vegas private school where I teach American literature with hugs and slaps on the back, as if I’d just finished a long, grueling race, a race I’d run with such speed, made up with such endurance and stamina, that I’d broken records. We stood […]

A brief tribute to Rafa:

I am not resigned to the shutting away of loving hearts in the hard ground.
So it is, and so it will be, for so it has been, time out of mind:
Into the darkness they go, the wise and the lovely. Crowned
With lilies and with laurel they go; but I am not resigned.

Lovers and thinkers, into the earth with you.
Be one with the dull, the indiscriminate dust.
A fragment of what you felt, of what you knew,
A formula, a phrase remains, — but the best is lost.

The answers quick & keen, the honest look, the laughter, the love,
They are gone. They have gone to feed the roses. Elegant and curled
Is the blossom. Fragrant is the blossom. I know. But I do not approve.
More precious was the light in your eyes than all the roses in the world.

Down, down, down into the darkness of the grave
Gently they go, the beautiful, the tender, the kind;
Quietly they go, the intelligent, the witty, the brave.
I know. But I do not approve. And I am not resigned.

Rafael’s obituary in the Chicago Sun-Times.

Next post: The literary ghosts of New York City