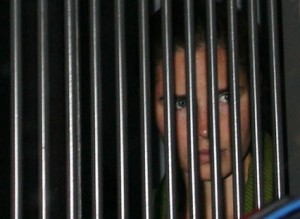 She was ensnared in a draconian justice system for more than four years. She endured a humiliating trial and conviction for murder, and was then locked in an Italian prison while legal experts, journalists, and countless others rallied either to defend or condemn her.

When Amanda Knox was finally exonerated for the murder of her 21-year-old roommate in Perugia, Italy, she quietly returned home to Seattle. In her own words, she was “walking on air.”

Now she’s ready to share her story. And thus, Amanda Knox is reborn as a writer.

I first learned of the book deal from a woman I know who is the same age as Knox and attended the University of Washington with her before the nightmare in Italy began. While they never met, they had friends in common. The woman I know has been abreast of the Knox saga since the beginning, following its every surreal twist and turn since 2007.

And yet, she was surprised to learn that Knox would be writing a memoir. She perceived it as yet another sign that “anyone can write a book these days.” Proof that the publishing world is a corrupt, commercial scam.

I argued that Knox is hardly “anyone,” and that after such an ordeal, of course she’ d want to tell her story. That’s why people like Jaycee Dugard, Keith Richards, and George W. bush get book deals. Some stories deserve to be told, and by the people who lived them.

male enhancement penis pillsBush get book deals. It’s not that publishing is corrupt, but simply that some stories deserve to be told — and by the people who lived them.

As a writer, yes, it’s frustrating to know that I’d have a very difficult time selling a book idea with my byline attached, despite having built a career in magazines and online journalism. Indeed, I have written two books, but they each carry the byline of someone else (though I am featured on the back covers and my contributions are plainly stated in the acknowledgements). Does this bother me ? Not at all. I accept that people want to read what certain people have to say, even if those people are not, per se, writers.

To me, this seems obvious, and I have something at stake in the matter. Writing is, after all, one of my professions.

So why would anyone else, let alone a non-writer, think otherwise?