Ebb and Flow: Part Two. The End. No More. Finis. 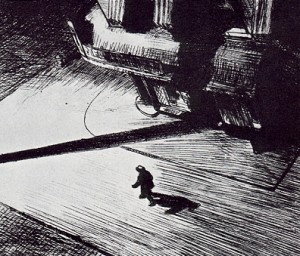 I sit on my hotel bed and say some kind of prayer, an eight word utterance I’ve imagined seemingly out of nowhere in the last few days in order to keep at bay the worst I can imagine. I say it when my body seems to fail me with a grand fatigue and deep depression that leaves me at times almost immovable. I say it so much in the darkness that it becomes a mechanism of the dark. I say it softly on my lips so there’s just the small zip and sail of sound like what you might hear sitting window-side on a small plane and upon landing you hear a slight “ssssssssss” sound because the wind is hitting the wing just right and a white trail of cloud hisses over. This is what my prayer becomes over time the more times I say it. I sit on my bed and wait for dawn so I can go to the hospital again, have one final test, and then find out the results of the scans I had yesterday to see if this treatment has worked and actually eaten at the cancer I’m so stupidly afraid of.

For a week now I’ve been trying to keep my mind together. It seems, sitting here in the dark, that this is as close to nothing as I’ ve been in awhile. Blanket over my shoulders because the air-conditioning is out of control — the whole world seems air-conditioned right now and therefore fixed and plain, measured and vague — and I’m deeply angry, an anger that could manifest itself in violence, because I have to be here at the edge of what was once some crossroads village now turned an anywhere suburban town. It’s been a long four years and there in the darkness I suddenly feel something break in me. Like a dam has broke and it all just comes pouring out, a great tension released. This is when things get tricky because for two weeks now I sometimes think I’ve been losing my mind. I don’t know if these latest treatments are a last option for me. I have surgeries left, sure. Yet, an extreme sense of being alone washed over me after the chemotherapy and Interleukin doses. I’ve found myself staring off into space. I’ve found myself apathetic and disinterested, restless and vacant. I’d found a me ready to sit and sit and sit but not with the holy OM of a bodhisattva but with the fierce, ridiculousness of a depressive.

Yet there’s this thing happening here in me. It’s bigger than being sick or being run through the mill, I think. I say to myself, “You’re a funny man, you.”

It’s anger, yes, but anger with knowledge, with not knowing, or bigger than that it’s the knowledge of not knowing and merely grasping. It’s an attempt to right the physical with the metaphysical, which is an impossibility but something that keeps me holed up.

The sun begins its rising I notice between the cracks in the curtains because the gray turns a mellow blue and pink. The moment of recognition reminds me for some reason of one of my earliest memories — a mother screaming and the faint shadow of her boyfriend cutting across the courtyard in the terrible dark with a gun. I’d been awakened by my mother’s yells one summer evening, and when I called to her she told me to stay in my room. I remember ignoring her orders — only 6, maybe 7 — and walking into her room, where her boyfriend (a man I called “dad” for many years because he lived with us until I was about 9, although hardly a father) was swearing under his breath, throwing on a shirt, putting on pants and tying his shoes.

It was way after midnight. Disorder seemed to stir everywhere like the whole place had some chronic buzz and hum to it. The whole apartment felt like it levitated in the terribleness of my mothers’ screams, his preparations, and my not knowing. She kept asking him what he was going to do. “Look for him,” he’d say. It was a dialogue in repeat. A three way round because my voice added, “What happened, mom?”

He rose from their bed and opened a drawer and took out a gun. I’d never seen one in real life, only on television. I think I was startled not so much by my mother calling out his name in a kind of hysteria like “Look, is this necessary? Look, the boy” but by how inextricably changed this guy was in my eyes just by holding the revolver. I stood there and stared at it and him and it seemed like hours passed in that second: the whole movement from drawer, the opening of the revolver’s chamber to see if it was full of bullets, the certainty on his face, the closing click of the chamber. The wild theater of it. The three of us in the room. The levitation. The not knowing in all of our hearts. Then he shoving it in his pants like some half-baked character out of a twisted Freudian porno scene written by an MFA student. Being reminded of it now, thinking of this man now — how little and afraid he always was and then making up for it with creepy silence aimed at my mother and I — some 30 years later I have to giggle at the thought of him, but the menace that night was real. He turned, looked at me, then walked through the apartment, which was very small — besides the two bedrooms, one big room that acted as both dining room and living space, a kitchen somewhere in the memory, maybe a wood-paneled galley kitchen. It was 1981 maybe. ’82.

Video had killed the radio star.

There he went through our place and we followed him single file and she kept saying his name and he didn’t say anything at all and all I remember is, first, the opening of the solid wood door and then, second, the sterile, almost empty sound of our screen door when it opened and the hiss as it closed slowly behind him, and then watching him walk across the courtyard of the apartment complex I grew up in to seek out the man who peeked into my mom’s bedroom one hot summer night.

What was the gun for? What an absurdity. What was he looking for? Who was he going to find? What was he going to do, threaten or shoot? What anger. What violence, right? Even now, in this uncanny Bethesda Thursday a.m., I can’t help but laugh a little because what was he looking for, this shadow of my mom’s boyfriend, a mere cut-out in my child’s mind (as much as the voyeur was/is in my mind), up against the webbed, glassy white lights that lit up the complex?

It started when the dark outside her window exposed a face to my mother, a white blank gaze probably, featureless because the lights behind the man who stood in the alley that separated our apartment complex and the suburban homes, left him without identity. It was a shape in the dark. It was a specter, the feeling of the gaze that my mom saw in an instant, waking maybe because the gaze was just too much to ignore. And there it was. The yells a sort of questioning. “Who are you?” it may have meant. “Tell me where you’re from,” her cries may have hammered out of the night’s stony senselessness.

“You’re a funny man for thinking such things,” I say to yourself, staring now in the mirror after a shower to ready for the day ahead. What do you want to happen? What do you expect? I take my antibiotics and say, “You’re a funny man in a funny situation is all.” You stare at yourself or only the image of you. “So what is it?” I ask. I realize I’ve been obsessed with nothing else but the thought of knowing or wanting to know and I think this is what must be part of some kind of universal human defect, some fallenness, akin to Odysseus ordering his men to tie him to the mast so he can hear the sirens sing, a morbid need to know, even if the whole boat gets smashed up against the rocks and every last sailor goes down.

The television is on. The talking heads down the street in D.C.

And I realize I’ve taken myself hostage all this time. Bound and gagged and caged and stared at. All because of my terrible fascination and obsession with what’s to come (more cancer or death?) like it’s a marbled stone, a precious bit of earth that I prize so much I want to eat it to get it into my blood and into my heart forever.

Everybody’s been held hostage you narcissistic bastard, I tell myself. My wife. My unborn kid. My family. I want and don’t want to know everything. How foolish, I think.

“I always double knot my shoes. I make rabbit ears and then cross them and pull tight and then do it again. I don’ t know why. I don’t know. I’ve done it ever since I was little,” I interrupt and say to myself lacing up my tennis shoes.

When I arrive at the hospital, a little ahead of schedule, finding it terribly empty, I’m almost strutting with freedom, a serious freedom of mind and body. I strut with peace because this isn’t faith I’ve figured out but something else I’ve stumbled upon and don’t yet have a word or phrase for it. Faith requires being steadfast, and I know I am not. I know that this thing that has broken in me will pass as easily as a summer storm or a youthful spring crush. This peace is passing, and it is what is the Good, both the peace and passing of it. It’s a what-the-fuck-are-you-going-to-do-about-anything-anywhere, man? and also a holy-shit, what-the-fuck-is-going-to-happen ? sort of strut. All at the same time. A knowledge of how wildly serious we take ourselves and also how flippantly we go about discernment.

By the time I check-in with the nurse who’s going to help a young cardiologist, who tells me to call him “Andy,” stick a catheter in my groin area and then run it into the artery that runs along my right thigh so that they can draw out my bionic white cells to check-in on them, I’m almost stoned with holy indifference.

Yes, I told myself.

“You’re right on time,” the nurse tells me, smiling. “We’ve been waiting for you.” She’s got a surgical mask hanging around her neck. Her scrubs top is a black shirt with yellow ducks on it. Not real ducks but pretend ducks, things you’d call “Duckies,” something you’d put in a tub with a toddler, a smiling plastic toy.  (Is it a joke? Is she being ironic?) She’s alre ady motioning with her body to a room off to the right filled with a clean, crisp bed in the very center of the room with what seems like a nice pillow. There’s a green blanket neatly folded down at the end of the bed over fresh, white sheets, all of it with army style creases and attention to detail. There’s dire wires and cords everywhere, sweeping the walls and floors, and monitors off to the right and a little steel table, bedside, with all the little mechanisms of choice for a small surgical procedure. There’s a window just beyond and it’s bright blue outside I can see. It’s like the whole world is aflame.

Next post: A more lavish Lolita: Reading and writing as a synesthete

Previous post: A Book I Can’t Stop Thinking About