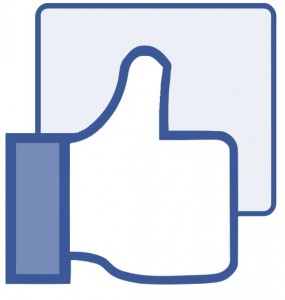 Some people (i.e. me) often complain that social media is ruining our attention to detail and appreciation for the craft of good writing. You can just throw something up (double-entendre totally intended) and go back to whatever else you’re doing on those eight other windows you have open in your Web browser. Punctuation? No time! Correct grammar? Meh, nobody’ll notice. A point? Optional.

I still think this is true a lot of the time — the “updates” I see in my feed are often plagued with errors that would have caused English teachers of yesteryear to bring corporal punishment upon the offending pupil with a wooden ruler or even a switch. It’s enough to make my brain hurt, or else drain itself of every drop of serotonin until I’m just sitting in my chair, staring blankly at sentences that appear to have been written by 8-year-old ESL students from Mars.

But then there are the exceptions. In the past couple of years, I’ve noticed a subtle but unmistakable phenomenon every time I log onto Facebook: a growing number of short and pithy collections of words that often do nothing to “update” me on their writers’ whereabouts or status, but instead offer a quick diversion or thought-provoking insight into anything from… well, anything.

Friends of clever friends seem to follow suit, and take the time to craft thoughtful, pithy updates in turn. And thus begins a kind of unspoken game, the only rule of which is to write something that any other player of this unofficial game might deem worthy of the two or three seconds it will take to read it. The game is scored in “likes,” not comments.

Lest you think I’m being sarcastic, let me just say that I think I’m becoming a better writer thanks to this game, however imaginary it might be. When I think of or experience something I  want to share on Facebook, I automatically begin thinking about how I’d word the update for maximum effect. I actually find myself turning words and phrases around in my head until I land upon the right combination that I consider worthy, not of the 700-plus “friends” I have on Facebook, but of the few people who play this game. Sure it’s imaginary, and sure they don’t realize they’re part of it, but they are.

I post a fraction of the updates that come to mind — only a few make it through the equally imaginary writers’ workshop I conduct in my head — but that’s beside the point. The real work is in crafting them, mulling them over, and revising them as I walk to the corner store or wait for the subway. Like doing a crossword, it’s a kind of word puzzle, except infinitely more engaging and creative.

Maybe our attention spans are getting shorter and our appreciation for the craft of good writing is slowly being replaced with a knee-jerk need to share things all the time right now, but there are a few people out there (at least in my Facebook feed) who give me faith that social media, if seen as a game, can actually help us to become better writers. And I’m grateful to them for playing.

Previous post: Order and disorder, tangible history, and the real value of bookshelves