Why Roger Ebert was the greatest movie reviewer 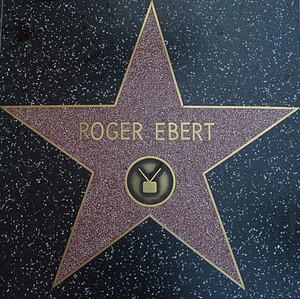 Since Roger Ebert died I’ve been watching the tribute writers struggle to express his contribution.

At The Atlantic, Christopher Orr rightly describes Ebert as a movie enthusiast, but here’s the analysis that follows: “The movies he loved, he truly loved. And the movies he hated, he truly hated.”

That’s so truly true Orr can reuse it for the next critic who dies.

Certainly Orr doesn’t mean that Ebert only loved or hated movies. That would be a poor critic. Ebert wrote balanced reviews, by and large, that appreciate a movie’s virtues and identify its faults.

Orr tells us why Ebert didn’t retire: “He kept writing about movies because he cared about movies…”

One thing we can say for Ebert is that he wrote more meaningful sentences than that one. But at the Poynter Institute, writing guru Roy Peter Clark stops short of calling Ebert a great writer:

“To honor his contribution to journalism, I am going to try to answer this question: What made Ebert a good writer?  Notice I am not using the word ‘great’ because good is good enough, especially if you’ve been good for more than forty years.”

Clark has been a good writing teacher for almost that long. He notices that Ebert is a rule breaker—something any writing teacher has noticed who has ever dared bring an Ebert review into a classroom.

Ebert breaks many of the rules that Roy Peter Clark has been teaching us for decades: Ebert begins reviews with long sentences, with dialogue, with subordinate clauses. He doesn’t write with concrete nouns and active verbs. One of his ledes is 79 words long!

But Clark also notices Ebert’s wit and what Clark calls his “voice”—the ability to lure the reader into a review’s thinking—”the illusion here that a smart person is speaking directly to me off the page.”

Read this sentence out loud, Clark implores us, “Doesn’t it sound like someone thinking out loud at an intimate table in a crowded restaurant?” Ebert’s sentence:

If one of the pleasures of moviegoing is seeing strange new things on the screen, another pleasure, and probably a deeper one, is experiencing moments of recognition – times when we can say, yes, that’s exactly right, that’s exactly the way it would have happened.

The Ebert tributes have lacked good examples. Ebert was so great a reviewer and so great a writer that the world is mourning him, yet no one has shown us the sentence that represents his style or the paragraph that captures his relationship to movies.

I’ve been bringing Ebert’s rule-breaking reviews into writing classes at the University of Chicago for about a decade. It’s dangerous material to give to students, when you hope students will learn discipline before they begin to stray. Ebert strays at will. He’s no more confined by reviewing convention than he is by rules of writing.

In one of my favorite reviews, Ebert has to assess the Adam Sandler remake of “The Longest Yard,” but he finds himself in a predicament:

Three weeks ago I saw “The Longest Yard,” and before I left for the Cannes Film Festival, I did an advance taping of an episode of “Ebert & Roeper” on which I gave a muted thumbs-up to Richard Roeper’s scornful thumbs-down. I kinda liked it, in its goofy way. There was a dogged ridiculousness to the film that amused me, especially in the way Adam Sandler was cast as a star quarterback. Once you accept Sandler as a quarterback, you’ve opened up the backfield to the entire membership of the Screen Actors’ Guild.

Now three weeks have passed and I have seen 25 films at Cannes, most of them attempts at greatness, and I sit here staring at the computer screen and realizing with dread that the time has come for me to write a review justifying that vertical thumb, which is already on video and will go out to millions of TV viewers seeking guidance in their moviegoing.

via The Longest Yard, Suntimes.com

Ebert tells us less in this review about Adam Sandler’s movie than he tells us about himself. But really, his first paragraph told us all we needed to know about “The Longest Yard,” and in the rest of the review, he offers insights more valuable to moviegoers (and especially to movie reviewers) than the assessment of any single film:

I often practice a generic approach to film criticism, in which the starting point for a review is the question of what a movie sets out to achieve. “The Longest Yard” more or less achieves what most of the people attending it will expect. Most of its audiences will be satisfied enough when they leave the theater, although few will feel compelled to rent it on video to share with their friends. So, yes, it’s a fair example of what it is.

I would however be filled with remorse if I did not urge you to consider the underlying melancholy of this review and seek out a movie you could have an interesting conversation about. I have just come from 12 days at Cannes during which several times each day I was reminded that movies can enrich our lives, instead of just helping us get through them.

My favorite Ebert tribute comes from Patrick Friel at Cine-File. In a 355-word eulogy as pithy as a good review, Friel catches many of Ebert’s virtues, and he lingers on Ebert’s print personality—his voice—his humility and his approachability.

We see that humility at work in “The Longest Yard” review. Ebert had been reviewing for almost 40 years when he sat down to review that movie, but he was still letting movies teach him how to watch them, and he was teaching us as he went along.

A few years ago one of my students, Steven Flores, delved into Roger Ebert’s work for a research project. Flores studied dozens of reviewers but he loved Ebert most:

“Perhaps more astonishing than how well he knows film is how well Ebert knows his audience,” Flores told me. “He seems to have perfect knowledge of both. I think he’s the finest film critic I’ve read. Because his column is widely syndicated, he seems to meld his wealth of knowledge with middle-brow taste in a way that is never condescending and always even-handed.”

Flores turned me on to Ebert’s review of “Au Hasard Balthazar,” a film made by the French director Robert Bresson in 1966. The film chronicles a donkey’s life in a village, and it conveys a hallowed atmosphere, a sense of the sacrosanct. Ebert begins his review on the same note:

“Robert Bresson is one of the saints of the cinema,” he writes, “and ‘Au Hasard Balthazar’ is his most heartbreaking prayer.”

Remember what Roy Peter Clark and Patrick Friel and Steven Flores are saying about Ebert—voice, humility, accessibility—as you read what Ebert says about Bresson:

In the vast majority of movies, everything is done for the audience. We are cued to laugh or cry, be frightened or relieved; Hitchcock called the movies a machine for causing emotions in the audience. Bresson (and Ozu) take a different approach. They regard, and ask us to regard along with them, and to arrive at conclusions about their characters that are our own. This is the cinema of empathy.

Bresson’s most intriguing limitation is to forbid his actors to act. He was known to shoot the same shot 10, 20, even 50 times, until all ‘acting’ was drained from it, and the actors were simply performing the physical actions and speaking the words. There was no room in his cinema for De Niro or Penn. It might seem that the result would be a movie filled with zombies, but quite the contrary: By simplifying performance to the action and the word without permitting inflection or style, Bresson achieves a kind of purity that makes his movies remarkably emotional. The actors portray lives without informing us how to feel about them; forced to decide for ourselves how to feel, forced to empathize, we often have stronger feelings than if the actors were feeling them for us.

Maybe Ebert is a “good” writer because there’s no more need for fancy penwork in an Ebert review than there is for DeNiro or Penn in a Bresson. As he strays beyond the rules, Ebert writes with bald honesty, an unguardedness as bold as his portrait, after jaw cancer, on the cover of Esquire magazine.

In my classroom we’ve compared several reviews of the Keanu Reeves romp “Constantine,” a silly, confused flop that seemed designed to ride the coattails of “The Matrix” trilogy. Both Ebert and A.O. Scott have a lot of fun at Constantine’s expense. Scott’s New York Times review is a work of art in itself, a takedown as potent as a Dorothy Parker.

So artful a review is Scott’s that the artwork reviewed—the movie—ceases to matter.

Ebert’s review is no less critical, but it is less artful, and as a result, the movie still matters.

The reviews differ in part as a function of audience: Maybe A.O. Scott knew that few of his New York Times readers would see “Constantine.” Ebert knew that many of his readers, the readers of 200 newspapers, would enjoy it.

No, the point is that whether Ebert loved or hated a movie, he invited us to regard it along with him, and he left us room to love or hate it on our own terms.

As Ebert pokes fun at Adam Sandler, we can tell we might enjoy “The Longest Yard,” even if we would get more vitamins at Cannes. As he mocks the silliness of “Constantine,” we might decide to see it, he knows, because of the silliness it inspired in its reviewer.

Like too few reviewers, Ebert entertains the possibility of other opinions.

In many of the Ebert tributes, writers feel compelled to write, “I didn’t always agree with Ebert’s reviews.” And why would you ever expect to? Is always agreeing even possible? Ebert reviewed 306 movies last year alone. To agree with every review, you’d have to be Roger Ebert.

W.H. Auden said this about book reviewers, but it applies to movie reviewers too:

“The best literary critic is not the one whose judgments are always right but the one whose essays compel you to read and reread the works he discusses; even when he is hostile, you feel that the work attacked is important enough to be worth the effort. There are other critics who, even when they praise a book, cancel any desire you might have to read it.”

This is the journalism of empathy.

This story was crossposted at Forbes.