PO KO MO — the (Swahili) grammar of being

by Amanda Leigh Lichtenstein on January 12, 2013 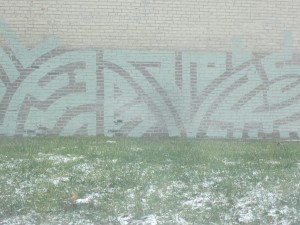 Wherever I am/I am what is missing. – Mark Strand

Uko wapi? Where are you? It’s how most conversations begin on mobile phones in Zanzibar. The question seems simple enough. But it unleashes a litany of other existential and crucial concerns beneath the surface:

What’s your state and who is there with you? How far away are you from me? What would it take for me to touch you again? How long before I see you? When are you coming back? What are you doing in that place and when will it end? The question begs distance, potentiality, relationship.

Usually, it’s easy enough to answer. I’m at the market. I’m at school. I’m at work. I’m at home. But anyone who has ever traveled  for whatever reason, knows that this question, for a window of time, is nearly impossible to determine.

I am home and too far away from home. I am in the air and I am on land. I am beside myself and within myself. I am away from you and moving closer to them.

I recently returned from what might be one of my last times on that route. I know this path well – I’ve made the same trip at least six times in three years, and each has been proof enough in the existence of time travel. This journey, surpassing thirty hours through multiple time zones and airports, leaves me exhausted, confused, and soft around the edges, speaking in tongues upon arrival or departure.

There is a point at which I stop referring to clocks, time unravels, my eyes sting, and my brain attempts to convince my body of its borders.

Avoiding the disorientation of this state takes immense will – or drugs. I understand why people say travel itself is a kind of drug. The idea of place dissolves like a warbled farce, and the traveler is at once nowhere and everywhere, signing imaginary contracts with the gods.

In Swahili, the idea of location takes three types of agreements depending on the type of location – PO – definite, KO — indefinite, and MO — inside. Anyone learning Swahili struggles with these locative markers because it’s often hard to distinguish exactly when something definite becomes indefinite, especially when grappling with notions of distance and proximity. How far is too far away? If I can’t see you, are you not here with me?

The traveler experiences all three kinds of being at the same time.

I am definitely at the Addis Ababa airport.

I am indefinitely with my nephew in the living room at my sister’s house.

I am inside my head full of memories of snow.

My first full day back in Zanzibar after a long trip to the U.S. is a jubilant parade of greetings from all the people I see every day on Sokomuhogo Street (even from those who usually don’t show much love): the shy boys who organize sooty charcoal in plastic buckets. The ladies who sell porridge on the stoop. The man who stacks little, bright pyramids of fruits and vegetables. The two skinny, toothless elderly brothers who iron and wash. The carpenter who shaves wood off the antique leg. The man who pours strong coffee into tiny Chinese porcelain cups with green and red stripes.

They all ask emphatically, when they see me again, one word:

Which means simply: ARE YOU [DEFINITELY] HERE?

To which I reply: NIPO.

Meaning, I AM [DEFINITELY] HERE.

But I am indefinitely still inside Chicago.

A blizzard still exists behind my eyes, fields of bare, dark branches dotted with smiling nephews, my sister and her husband, all there in moving picture shows of memory.

I am still driving down Lake Shore Drive. Waking up to my nephews shouting joyfully at me, bedside. Talking late-night at Omega’s. Spreading cream cheese on bagels in Highland Park. Eating a massive Chinese lunch with my twinkle-eyed aging father, who is talking about gangsters and grandma. Baking New Year’s day cookies in a warm book-filled apartment. Drinking beers in a bar full of old lovers.  Soaking my naked body in hot baths. Sifting through clothes at the local thrift. Wandering Target’s florescent-lit aisles. Posing for photographs in the Schuba’s booth.

So, maybe I should answer, NIKO – as in, I am [in]definitely here, but difficult to locate.

Every day I carry around the gerund of this knowledge. All is I-N-G. All is in motion. And these memories of the immediate past have a body — defined, warm, real — however imperfect. I am in a state of being there and here together, inside of everywhere, PO-KO-MO.

We move through these undeclared spaces every day, reconciling memory with physicality, past with future, desire with loss. The maps of these spaces (wide green fields, dark black forests) are systems of grammar. As soon as we are asked to locate ourselves in a place, we are also asked to grapple with which form our being there will take: past, present, future, past imperfect, progressive, stative, dynamic.

This all might sound like a bunch of belly-gazing to some, but these thoughts are defined by skin and breath. I still feel the weight of my nephew’s body on my chest as he sleeps.

There is nothing to do about this tri-locative status, as long as we agree. Rejecting it as a possibility causes a kind of landslide in the mind, leaving one with a heavy sense of categorical loss, a lack. What rises in relief is the possibility that you could be loved anywhere, but even that gets tested, the way we might take a box of matches and conduct a fire feasibility, striking and striking.

An artist friend of mine recently had this to say of her experience of missing Guyana, and, well, of being in two places at once:

JANUARY 10, 2013 — Wish I could start this morning in my beloved and favorite Guyana, seating somewhere in an empty cafe with a cup of smoky coffee, empty pockets and head full of dreams and plans… Instead it is a white silence around with a Christmas tree in a dining room and smoking tea. Not bad at all, but the more I stay away; the more I realize how much I love Guyana. It is just this.

It is just this.

We know we can’t be in two places at once, but in a sense, we already are, through our insistence on mitigating the distance between past and future, our memories stacked like layered cakes inside the mind. Each action in the present becomes the immediate, imperfect future, a gesture toward the impossible (enormous bite).

I come from the relative privilege of contemplating place. I realize many people do not have a choice about where they are born, live or get (dis)located. But among friends, questions like: Should I be where I am? and Would I be happier somewhere else? often stalk us from one risk or adventure to the other. And no matter how privileged or impoverished, it seems most people, in the quiet hours, at least once contemplate who they might be or become in another place and time.

Like the Greek sea-god Proteus, we wriggle out of shapes that confine us. We might know our futures, but we’re not telling – we’re morphing into hawks and mermaids, directors and mothers, warriors and rappers, avoiding the fix.  It’s the transformative state. The here and now which is, and has been, nothing like anything we’ve ever known. If only we could punish those monsters of regret that crowd the mind.

A friend of mine has moved eight times in the last ten years. She erects miraculously immaculate homes wherever she goes, unfolding bells and whistles, charts and mats as needed depending on the local time and culture. She is the perennial tent-dweller. The way she manifests home is an essential skill for the 21st century. A model citizen of shedding skins.

What of the new refugees – of climate and economy? The world map tipping on its head? All of us at some point will have to confront the notion that our needs might drive us away from the familiar. Normal feels too good.

And now is waiting for us patiently over there – pale (definite, near).

Now is a wart, a spectacle. Now refuses to move. It wanders, salted at the hip. Crawls reckless to ancient caves. Now is tender, a freckled thing. Now waits for next time. It hides and lies. Confuses the sailor, his heart. Now envies outer space. Now has bad breath, a loose tooth. Now is sorry.

For all those lovers separated by circumstance, children and aging parents separated by desire (or despair, or disgust), friends separated by risk, let wires and waves reunite us. At some point we will be able to send smells through electronic mail.  I’ll appear holographic in your living room, still stirring a pot of porridge in another, closer dimension.

Leaving and returning will be as common as milk. My hand in yours will be a basic promise.

Proximity has its chemistry: a potent alchemy of self-love, knowledge, culture, time, objects, senses, desires and other explosives like god , sex, and music. To locate oneself in a place is to implicate and accuse, bind and stitch, repel and reject. This is the generative tension. This is pain’s imperative. I spent three years on an island where my being felt squeezed into the narrow confines of its culture. I learned some basic things.

Some places were never meant for you, don’t go there. Other places are bracketed and saran wrapped for a lesson on longing. If you never knew home, chances are you’d still muster up a nostalgic version of it. If you know home, you’ll always want it. Even if it means you must and can keep leaving it.

To be ourselves where we are because we can’t be anyone or anywhere else.

It is just this.