The importance of doing nothing 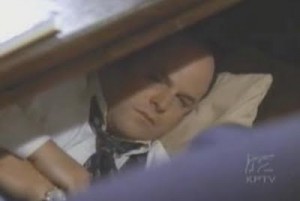 Every day at around 1 or 2:00, I take a 20-minute nap. Usually I’m at home at that time, so napping is as easy as lying down on the couch and setting my cell phone alarm for 20 minutes later. But I’ve been known to nap sitting up, too — in my office chair at school, on the subway, or on a park bench. The trick is not looking like a junkie on the nod.

Still, wherever I nap, those 20 minutes are crucial to my ability to function. It’s just enough time to refresh my mind and give me the focus I’d had first thing in the morning. I don’t fall  asleep in those 20 minutes, but simply allow my mind to wander. For the first 5 minutes I feel wide awake, and keeping my eyes closed can be tough. Then I start to feel my body sink into the couch or chair, and after about 10 minutes, my thoughts are roaming from one thing to another. When I re-emerge to waking life, I feel as if I just woke up from eight hours of sleep.

It turns out I haven’t been napping, exactly, but meditating. Andy Puddicombe, a former Buddhist monk, founded the company Headspace to introduce the art of meditation to office workers, and help them adopt the art of doing nothing for 10 minutes at a time. He even gave a recent TED talk on the subject. He believes it will not only make them better at their jobs, but happier people too.

According to Headspace’s director of research, Nick Begley, the average office worker changes the windows on their computer 37 times per hour. This exhausts the brain, and severely limits productivity and creativity alike. We need time away from the screen to recharge the brain.

The other problem with work, say the folks at Headspace, is that work stresses us out — after all, it’s called “work” for a reason. This may sound like a tautological joke, but consider the evolutionary purpose of stress: when we are stressed, our amygdalas become flared, and that creates an automatic “fight or flight” impulse. While this may be useful when we’re hunting wildebeest in the Serengeti, it doesn’t do us much good when we’re trying to meet a deadline or prepare for an important interview. In my experience, would-be employers don’t take well to flinchy, aggressive job candidates.

I discovered napping by accident around seven years ago, and it quickly became a part of my daily routine. I only wish I’d known of their power when I was in school, or for that matter, during the entire stress-filled decade of my 20s. Reaching 30 might not have been nearly so difficult.

Previous post: PO KO MO — the (Swahili) grammar of being