When a hurricane strikes… 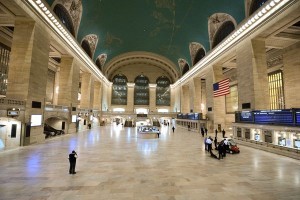 Unfortunately, I now understand what it’s like to live through a hurricane. Sandy tore through my city from Sunday night through early Tuesday morning, forcing millions of people to either abandon their homes or “hunker down,” to use the politicians’ nomenclature for enduring the storm from the confines of your house.

I was one of the lucky ones, who got to hunker down. I live outside the danger zones, and from Sunday night until Tuesday afternoon, I did not leave my apartment. Each place that I work was closed, and it’s a good thing, because there would have been no way to get there; the subways were shut down immediately. Even now, on this pristine fall morning, the city is at a standstill.

The destruction from this hurricane will cost the city billions and will no doubt cause repercussions for many years to come. Businesses will close, never to reopen, and some people will leave New York forever. It will go down in history along with 9/11, the 1992 Nor’easter, and the fires that destroyed huge parts of the city from the late 1960s through the early 80s. It was an epic disaster.

But it bought me three days of downtime, time to catch up on my work, to grade a stack of midterm papers, and get plenty of sleep. Still, I haven’t been nearly as productive as I’d have thought. And I wonder why. When we have all the time in the world, why do we find ourselves wasting it? I’m more productive on the days that I have to get up well before dawn to run before rushing to work, and from work to class, and from class to another class, grading papers as I go.

Obviously, I’m more productive on those days because the pressure is on; I have limited time to do anything, so I have to maximize that time.

Last night, I got together with a few friends in my neighborhood who had also hunkered down, and were going as stir crazy as I was. Over a few beers, we found ourselves talking about people who devoted their lives to massive, if irrational, projects: the Coral Castle outside of Miami, the House on the Rock in Wisconsin, a house in Puerto Rico made entirely of dolls, the model of San Francisco comprised of 100,000 toothpicks. We wondered why no one seems to create such useless but beautiful objects anymore. Is it because no one has the time? Is it because of the Internet? Is it because of Ritalin, Xanax, and Prozac?

Who knows. But I don’t think it was a coincidence that we landed on that topic.