The ironic death of postmodernism 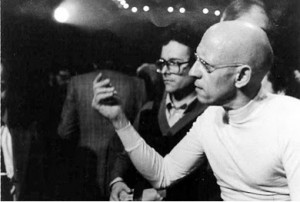 I am currently teaching a class at Hunter College titled Journalism & Society, which analyzes the impact of journalism on culture and vice versa. We discuss corporate consolidation, the so-called “independent media,” the real import of “fake” news, and the ultimately limited ability of any news organization to tell us everything we need to know. It’s the kind of class that I wish I’d taken when I was studying critical theory in college and graduate school. Noam Chomsky would have been on the syllabus, along with Frederick Jameson, Jacques Derrida, and any number of other thinkers who have written on postmodernism and mass media.

But I was in college almost 20 years ago, when not knowing anything about postmodern thought may not have gotten you laughed out of the classroom (my professors were kind and civilized people), but it certainly would have gotten you shunned from the post-class pow wows that night, where my friends and I would sit around swigging jug wine and speculate on what Marx would say about this, what Jameson would say about that, and generally try to get to the bottom of what the hell postmodernism even “is.” We felt like we were part of a huge conversation that extended beyond our smoke-filled dorm room; this was important.

A big part of that feeling stemmed from our awareness that postmodernism was a contentious term, the very defining of which negated its power. The value of discussing it lay entirely in the discussion, in the effort to define it. And everything seemed fair game for postmodern analysis, especially the media.

But it ain’t the early 90s anymore, and when I asked about 30 students yesterday if anyone had heard of “postmodernism,” only one person raised her hand, and her definition of it could be roughly paraphrased as “the future.”

What happened, I wondered. How did this concept, such a central aspect of thought from the 1970s until I finished my formal schooling in 2003, become peripheral? Or has it? It’s possible, of course, that college students somewhere are still hashing out the terms of a postmodern world, channeling Jean-Francoise Lyotard and Michel Foucault in a debate over Carlo Rossi and hand-rolled cigarettes (of various smokable substances), but I don’t know where they are.

Lest I sound like I’m dissing my students, rest assured, I’m not. I don’t fault anyone for not knowing about a theory any more than I fault them for not having ever eaten sushi or seen a French film from the early 1960s. If you haven’t been exposed to something, you’re unlikely to seek it out on your own. You simply won’t know it’s there.

Still, it makes me feel old, and not just because none of my students had heard of postmodernism. It makes me feel like I’m from a generation that felt it could still participate in a global discussion about ideas, even from a base in southern Minnesota surrounded by cornfields.

Previous post: The endless, perplexing, and ultimately essential question of whether writing can be taught