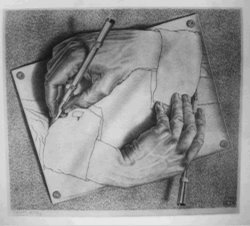 This one is for the writers out there.

In what context do you find yourself producing your best, most original work? When you have the time to sit and ponder a piece for weeks or months on end, or when you dash something off in a matter of one day, an hour, or even less?

Do you work best under deadline, or with no assignment whatsoever, let alone the outside pressure of an editor waiting for you to finish the project?

Obviously, everyone feels differently about these things, but for my part, I’m beginning to wonder if my writing actually falters when I have too long to work on something.

From around 1999 to 2008, I was primarily a magazine writer, and I’d have weeks to finish a given assignment — and everything I wrote was for an assignment; I never wrote for fun or on spec. I became very good at meticulously crafting my words to say exactly what I wanted them to say, in exactly the way I wanted them to say it.

In 2008, I became a blogger for a political blog that Kenneth Cole (yes, that Kenneth Cole) launched, and for two and a half years, I produced around 10 posts per week for that site. In 2011, I became the anchor of this blog, which has been great — it’s allowed me to write about things I care about very much, but do not always have an outlet to write about: education, writing, things I’m reading, technology, and even journalism. And I get to dash things off as new topics occur to me. It’s called “blogging” for a reason, right?

But in the process of all this blogging, I wonder if I’ve lost the magazine voice that once defined my writing style. Sure, I can still write magazine articles, and I do — I’ve just finished the first draft of a feature article, in fact. But I found myself belaboring it, reading it over and over and over again, tweaking it endlessly, moving my paragraphs around, playing with my attributions, and simply dwelling on every word to the point of exhaustion.

And I began to think: Am I polishing this to the point of imperfection? Would the piece actually be better had I approached it as a blog post, which I tend to write much more quickly and spontaneously?

Once I finally finished the draft and sent it to my editor, I honestly couldn’t tell if it was good or not, if there were gaping flaws of logic or if it’s a smooth and cogent piece of magazine-worthy journalism. I’ll find out soon enough when he sends feedback. But the question remains: can we polish too much?

Next post: Is the Atlantic making itself go viral?