Is the Atlantic making itself go viral? 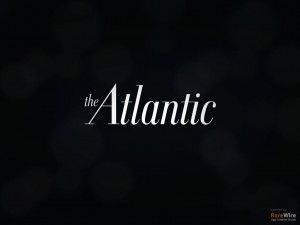 About six years ago, I mentioned to someone that I’d just read an interesting article in the Atlantic that concerned whatever it was we were talking about at the time. She was a bit older than me, in her 40s, and visibly taken aback. “What are you doing reading the Atlantic?” she asked, as though someone in his 30s couldn’t possibly have even heard of that magazine, let alone cared about its content.

A few years later, I asked a group of adult students in a class I teach at NYU’s school for continuing education if they knew of the Atlantic and roughly half of them said no. Those who did know it said they associated it with moneyed, highly educated people on the East Coast.

Consider the case of an article in this month’s Atlantic, about the psychology behind posting updates on Twitter and Facebook. At first read, it seems like a brilliant and timely analysis of our obsession with social media. We share details about ourselves constantly — banal, everyday details that really don’t need to be shared. And why?

The piece was inspired by a study conducted last spring, at Harvard, that suggests we experience a neuro-chemical reward from sharing information about ourselves. In other words, we get a little high from it. We don’t get the same reward from sharing information about other people, the research indicates, or from sharing links (unless, of course, the link is actually about you or provides some occasion for you to talk about yourself). No wonder you see more updates about your friends’ dirty laundry (literally and metaphorically) and their homemade mango chutney than you do about the people they know and admire.

Rose interviewed Brian Boyd, the author of The Origin or Stories (yes, it’s an allusion to Darwin), and asked why people talk about themselves twice as much online than off. About 30 to 40% of regular conversation consists of talking about ourselves, he writes, while in the realm of social media, that number jumps to approximately 80%.  “Ordinarily, in a social context, we get feedback from other people,” Boyd told Rose. “They might roll their eyes to indicate they don’t want to hear so much about us. But online, you don’t have that.”

It’s a brief article, more of a nugget than a fully formed piece. But it’s extremely interesting, and my first instinct, immediately after I read it, was to post it on Facebook. Then my cynical side made me pause, and I wondered: Is this just a ploy?

In recent years, the Atlantic has gotten very good at publishing articles that go viral, seemingly by chance: Hanna Rosin’s “The End of Men“;  Kate Bolick’s “All the Single Ladies“; Kathleen McAuliffe’s “Is Your Cat Making You Crazy?” All of a sudden, more and more people in my network — many of whom I know do not read the Atlantic — are posting articles from its Website on Facebook. Even my undergraduate students are reading these articles, though they have no idea what magazine actually published them. How are they finding them? On Facebook, of course. These articles have gone viral.

And they’re often stimulating, or at least polemical enough to generate buzz among a certain demographic — a demographic that, of course, is highly active on social media Websites. Is this the whole point? Were they engineered to run amok in the Twitterverse?

As one of this country’s oldest magazines, the Atlantic has often suffered a reputation for being stodgy and way too “Harvard,” and in recent years it has struggled to stay relevant in the age of social media, blogging, and 24-hour news. How can the magazine that Ralph Waldo Emerson once edited compete in an age that prizes shallow soundbites and omg! Yahoo? How has it suddenly begun to appeal to such a vast readership?

For starters, by pushing our collective buttons and availing its content for free on the Web. This strikes me as a brilliant business solution: publish articles that people will send ricocheting around the Webosphere and generate numerous reactions (like this one). Once a stalwart of Old World Journalism, the Atlantic is now a new media darling. And it’s great that so many people are reading the magazine. I just hope it doesn’t fight so hard to be popular that it forgets who it was.