Let’s ask again: What (and why) is creative non-fiction? 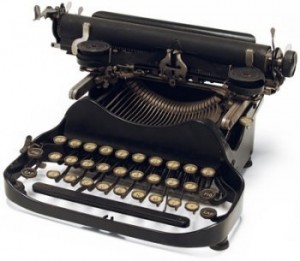 I always thought I’d be a fiction writer. As a kid, I was transfixed by stories, sometimes becoming so engrossed in them my parents wondered if they should take me to a neurologist. When I entered college, I became an English major, a course of study that is almost entirely predicated on fiction. Then something funny happened — as I began to try to write more seriously, I found myself pulling away from fiction and becoming more attracted to creative nonfiction.
What is creative nonfiction? In The Next American Essay, John D’Agata writes, “I suppose nonfiction writers would still technically have to be considered the godparents of everything not poetry, not fiction, not drama, not song…a genre, in other words, that would be defined by fact. And yet despite the obvious abundance of documentation in nonfiction, some of the literature in this genre challenges that very presumption of fact.”

In creative nonfiction, the color of an afternoon sky might have a taste, or a walk through a park may become like a kidnapping. Creative nonfiction is associative rather than linear – rather than explain a progression of events or ideas, it makes connections between seemingly unrelated thoughts or objects to arrive at a new understanding. It is this freedom to make connections that attracts me to the genre.

When I try to write fiction, I am often overwhelmed by the endless possibilities in front of me. I often feel that because I can write anything, what I choose to write must be exceptional. But in creative nonfiction, I can focus my attention on something in my experience, and unfold it like a piece of origami, discovering new layers with each pass. Producing something exceptional is no longer the goal. My only drive becomes to see something in as much detail as possible. Attention itself becomes my only purpose.
As Julia Cameron says in The Artist’s Way, “Art may seem to involve broad strokes, grand schemes, great plans. But it is the attention to detail that stays with us; the singular image is what haunts us and becomes art.” For me, creative nonfiction is the fastest way to the singular image. It is, at least for now, the best way I know how to make art.
Lia Skalkos is the author of Encyclopedia Floridiana in Contrary Magazine.

Next post: The endless, perplexing, and ultimately essential question of whether writing can be taught