When the cultural elite get fired 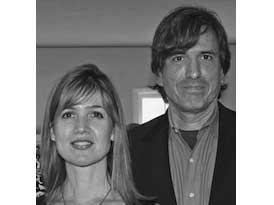 In June of this year, the Museum of Contemporary Art in Los Angeles fired its chief curator of 22 years, Paul Schimmel. Its new director, the famous New York gallery owner Jeffrey Deitch, said he would take over that role.

A month later and a few thousand miles east, in Oxford, Mississippi, the founding editor-in-chief of the Oxford American magazine, Marc Smirnoff, was fired by the magazine’s board after allegations of sexual harassment in the workplace. Allegedly, he also held a creative retreat for his staff, intending for it to inspire brilliant ideas, but spent the majority of his time berating staff members for playing drinking games and screaming at a 19-year-old intern, whom he would then try to seduce. (In his defense, Smirnoff likened himself to Ricky Gervais’ character on The Office, a bumbling, rude, politically incorrect lout.)

In a 53-page rebuttal to the board’s decision, Smirnoff and his longtime girlfriend, Carol Ann Fitzgerald, offered their version of the facts. Published online at Editors In Love, the “document” is almost unreadable. It’s rambling. It’s angry. It’s all kinds of crazy.

What do these situations have in common? Very little, except for the obvious: they both involve the firings of elite, culturally established professionals who held the kinds of jobs that art history students and aspiring members of the American literati only dream about.

And they’ll probably be fine. Despite being out of work for a time, people like Schimmel and Smirnoff do not seem to suffer the same effects of unemployment as other Americans. One needn’t look very far into the past to find other examples of high-profile firings, where the ousted parties landed safely on their feet despite having committed pretty heinous acts or been generally bad at their jobs.

Or is this my imagination, and in fact, Smirnoff and Fitzgerald could find themselves waiting tables at a Waffle House, or Paul Schimmel may have to settle for a job framing prints at the mall for $10 an hour?