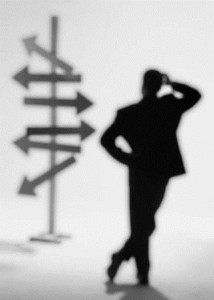 Last week I received an email from a former student asking for a letter of recommendation for graduate school, and I had no problem saying yes. He had taken three courses with me in three years, and been one of the best students I’ve had in my eight years of teaching. He is a gifted writer and a naturally curious young man with what some call an “excellence reflex.” He wants to do well and he does, by virtue of wanting to.

But when I saw the program he’s applying to, I bristled slightly: an interdisciplinary program in the humanities at a world-renowned university. The name of the school is irrelevant, as many prestigious universities are now offering such programs. What matters is that it reminded me of the program I received my own Master’s degree from, at the University of Chicago. I loved the program, learned a lot, developed the critical thinking skills I hoped I’d develop, and graduated with a great sense of pride in my accomplishment.

And then I spent nearly a year applying for jobs. I was 28, with numerous magazine credentials and a ghostwritten book to my name. I was also a newly minted Master — and that proved to be the biggest obstacle. Some weeks, I applied for more than a dozen jobs, many in grant writing or any other kind of editorial work for which I was a fit. I met each of these jobs’ desired qualifications, and often exceeded them.

Yet I never got an interview. I went broke applying for those jobs. And I sank into a deep depression. Occasionally I’d contact an organization and ask why I hadn’t been considered, and rarely did I get a response. When I did, these were the two most common answers: “We can’t pay you enough money.” And: “We didn’t think this job would be academic enough for you.”

First of all, who were they to tell me what was “enough money”? I needed work, and would have been thrilled with a $20,000 per year job at a nonprofit. To the second excuse, with just an MA, you can’t get a job that would be “academic enough.” This leaves people with MAs in the humanities (or liberal studies, or whatever) between a rock and a hard place. You have a big, fancy name on your resume, and it’s practically worthless. Worse, it can be a liability.

But it’s far from priceless. Most of these programs will run a student more than $50,000.

This isn’t to say they’re not worth it. As I said, my time at Chicago was one of the most worthwhile pursuits of my life. But — and this is a very big but — it took a long time after finishing the program for me to see any returns on my investment. Even today, more than eight years later, I have yet to repay my loans, in part because the only work my MA has helped me get is adjunct teaching, which doesn’t pay much. And I got my teaching work largely because of my journalism experience, not my MA. Ultimately, my degree’s value doesn’t hold a candle to the value of the experience.

That is, I cherish what the education gave me, but the degree itself reminds me of that old saw from Gloria Steinem: “A woman needs a man like a fish needs a bicycle.” Just swap in the words “intellectual” and “Master’s degree in the humanities,” and you get my point.

I would love to help my best students continue their studies in programs like the one I chose, which shaped me into the person I am today, but I have to pause. Should I also wish upon them the same struggles?

Then again, maybe those struggles are all part of the deal. No one ever said graduate school would be easy.