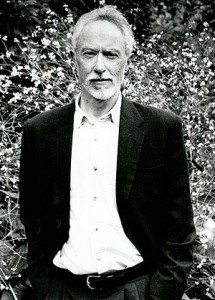 The University of Texas at Austin announced this week that its Ransom Center will acquire the archives of South African novelist J.M. Coetzee.

Coetzee received his PhD in English, linguistics, and Germanic languages at Austin, where he wrote his dissertation on the early fiction of Samuel Beckett, in 1969.

The 71-year-old author has lived in Australia for the past several years, following a stretch in Chicago, where he taught at the University of Chicago’s Committee on Social Thought. It was there that I first encountered Coetzee, both as a novelist and as a person, when he gave a reading of his forthcoming novel Elizabeth Costello for the humanities M.A. program. Impressed, I read his critically acclaimed 1997 novel, Disgrace, and then everything else I could get my hands on.

Coetzee is a rare kind of writer, producing prose at once spare and rich with meaning. He creates a psychological space in which myriad effects happen simultaneously: disgust, terror, contemplation, insight. He never tries to dazzle, but if you are open to his subtlety, his words will arrest you. He is brilliant, with a vast intellect, but he possesses incredible self-control. Of how many of today’s writers can that be sai d?

Few novelists have affected me like Coetzee did back in 2002, and this news of UT acquiring his archives comes as both welcome and sad news. It’s wonderful, of course, that the author’s alma mater has secured his work and will preserve it. It’s also wonderful that Coetzee himself has authorized and endorsed the contract with UT. But it signals the eventual end of Coetzee’s writing career, whether sooner or later, and that’s not something I care to think about.

Obviously no one lives — let al one writes — forever. And Coetzee may still have many productive years ahead. But with each passing year, the aging author draws closer to the day when he will write his last story, his final essay, his ultimate novel. And then we will have only his archives, his back catalog.

He will join the rest of history’s great writers, his pen forever lain to rest, his body of work complete. But let’s not rush it; let’s not fossilize Coetzee just yet.

I, for one, am not sure there will be anyone to replace him.

Previous post: A lament on Steve Jobs — the man, not the god