Glamorous repression: a review of an unpublished review 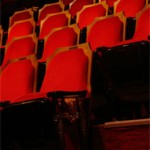 As long as I didn’t yell fire in a crowded theatre, I could pretty much say anything I wanted. That’s the democracy lesson I got when I was in middle school in the Midwest of the United States. Our teacher also assigned somewhat eerie post-colonial exercises like making up our own islands and then conspiring over the best way to rule them.  But that’s beside the point. I was taught that it was my right to express my opinions and feelings as long as it did not threaten or harm anyone.

Years later, how arrogant, I suppose, to assume that I could import this kind of unabashed “freedom” across continents, to East Africa, in Tanzania, where ideas about freedom of speech are very different, and where the consequences for saying what you think can apparently loom larger than you’d imagine. This is especially true in the relatively new world of online/social media, where the rules of engagement are determined with every double click.

This truth flared in my world when I attended a film festival earlier this month in Zanzibar and decided to write a film review for an online magazine based in Zanzibar. The up and coming magazine, founded by two women journalists with strong Zanzibari ties, has been gaining popularity in large part due to its mission to present a more complex, layered view of Zanzibari arts, culture, travel & leisure. That, and they are excellent writers with a potent mix of passion and precision.

Going to the movies is one of the few pleasures that usually can’t be fulfilled here on the island, where once-bustling cinemas have nearly all shut down, except for one, the Majestic, which is not so majestic anymore. So when the film festival rolled around, I made it a point to go nightly, particularly to films featuring Swahili language and culture.

Throughout the weeklong festival, I saw several intriguing films, but one revealed itself as one of the worst films of the festival — in particular because of its narrow-minded treatment of women and power, though there were other reasons, too, that sunk this film way below the quality line. I was shocked by how little this film managed to meet the goals of the festival, which is to promote high quality films of international standard from up and coming filmmakers throughout the region and world.

I left the screen that night brewing with thoughts about how poorly this film was conceived, directed, and produced, and how little it did to promote the image of women in Zanzibar, let alone the culture and traditions here as a whole. I was also offended by how the producer had clearly used the film to promote his own agenda, wallpapering the film with ads for his multifarious endeavours.  That, coupled with the film’s horribly condescending story-line featuring real people portrayed as heroes who must save the main character from herself, made it really hard for me to find anything positive to say about this potentially first-ever Bongo film to come out of Zanzibar.

It was a relief, then, to be able to write a review that critiqued the film on various levels, from its production quality to its (lacking) film aesthetic, its story line to its acting. I pounded out the review that very night, fueled by countless reasons for my disappointment and, frankly, dismay.  The review was fierce but solid, I thought, and fairly backed up with examples from the film.

That night, I previewed my opinions with a quick dash-off of a status update on Facebook stating how the film had done nothing but disappoint and how the producer had really crossed the line in using the film as his own personal billboard. I can’t remember exactly what I wrote, but this simple status update attracted a whole slew of comments I did not expect, especially those that came in the form of subtle or not so subtle warnings in private messages:

I wouldn’t say that about [the producer] if I were you.

You don’t know what kind of battle you’re starting.

It’s not your battle to fight.

Your words could easily be misconstrued.

Careful what you say, you work for a government university.

All of these messages came from those I respect and have followed in one or the other through various creative pursuits (writers, filmmakers, citizen journalists, bloggers, and teachers). While a few friends and family here and abroad cheered me on to write and publish the full review, others, mostly local and/or regional folks, started warning me in the days that followed that it was probably not a good idea and that it wasn’t worth whatever boomerang consequences I might experience as a result of posting the review online.

Consequences? Like what? What could be so bad about publishing one review? After all, the film had received nothing but RAVE reviews until that point. The film had been even hailed by one Tanzanian blogger as one of the best Bongo films coming out of the region. How could my one review have any power at all?

In the week after viewing, reviewing, and submitting my review, I spoke with several people who started to peel back the layers of paranoia that exist here on the island and in the country of Tanzania as a whole. The bottom line: I could face some serious “blah-blah” – as they say here in Zanzibar. Meaning? Well, people can talk. They can press uncomfortable buttons. Play mind games. Exclude, expel, or expunge one’ s reputation or network s.

A series of comforting but troubling meetings followed with the editors, who I’ve come to regard as cherished friends. I didn’t know what we were stirring but it felt both exciting and a little unbelievable.  We all considered the real possibility that we might catch some serious slack for being a contrary voice in the world of arts and culture here — especially when it had something to do with the film’s producer, the man whom I found out controls several media outlets in the country and holds a monopoly on nearly all public images of Zanzibar. Even those who’d downplayed his over-blown ego, encouraging us to publish the review, still planted some serious doubt as to his potentially sling-shot reactions. The guy has some clout. Or so they say.

We talked through every possible consequence but still were not sure if our collective worries were seriously worth it. Perhaps this guy was all fluff, perhaps his reputation preceded him, perhaps he’d welcome a bit of challenge. We shuttled between bold courage and strange paranoia of publishing or pulling the piece, until finally we backed off from the whole affair.

Why? Because when we followed this possible thread toward publishing the review at last, advisors told us again through private emails and conversations that it might even be unfair to publish a review of a film that was not perhaps meant to be taken seriously in the first place. It was hailed for its entertainment value and featured at the film festival most likely for politically-charged reasons that extend far beyond my understanding of the nuances here.

Fair enough. I let it go. And I was assured by the editors that there is a real interest in publishing contrary views, but for now, the timing was just off. I completely respected and understood the final choice to back away from the initial fervor of publishing the review. As the days rolled by, though, we moved farther and farther away from the festival energy and more fully flung into the strange energy of the review itself.

The review is still sitting unpublished in a folder on my computer, and I’m left realizing that I care far more about the issues it raised on censorship and freedom of expressi on than for the review itself, or even the film at this point. I am interested in the fine details of social media freedoms, especially in a country and a culture where, as friend observed, views on cultural and artistic expression here are still maturing and clarifying over time.

Technically, there is nothing against the law here about publishing a critical review of a film, but the social power we have over one another to create fear around potential reactions is extensive. The online world is small and getting smaller every day, and the way our words online clang against the daily realities of our encounters in “real” life is profound.

Anonymity is something of a falsity around here. I admit that no matter how exciting it might have been to discover the potential impact of this review’s debut, I realized that I didn’t care enough to risk whatever ounce of peace and privacy I savour and fight for daily here.

And if just the looming threat of publishing a film review could generate so much discussion, I took it as a sign that the Zanzibari arts and cultural realm might be steeped in a serious crisis of freedom that I was not prepared to take on unwittingly.

It’s definitely a thorn in one’s cultural side not to be able to engage freely and openly in a debate on or off line about the things that matter most. But context is the looming lesson here, and this experience alerted me to the footnoted realities we’re living, where our thoughts are asterisk-bound and bent by prevailing attitudes and fears that somehow sway us into treading ever-lighter than we imagined.

Was this a matter of cowardice? The simmer-down approach? Would it have been an act of bravery to publish the review, or just a kind of instigation, knowing the facts? I’m left with questions but they are far more reaching than any question or provocation raised in the review itself.

I am in awe of all the writers and journalists out there who write within the bounds of stifling cultural climates. I know this kind of tension exists everywhere, but it’s clearly heightened here, and inspires an impulse in me to both honor and burst open all the social proprieties and protocols that influence a situation like this.

I think that’s why I’m writing this really vague review of the unpublished review of a not-so important film that became important because I could not freely say that it was just – well – ridiculously bad.

Next post: Screw your spirit of inquiry, make us lots of money.