Philip Roth is done with fiction 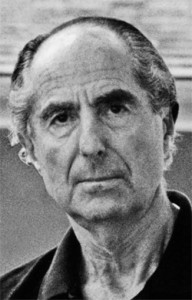 “Either foreswear fucking others or the affair is over,” said Drenka Balich to her lover, Mickey Sabbath, at the start of Philip Roth’s 1995 book, Sabbath’s Theater. That book began a streak of award-winning novels for the author, earning him every major literary prize in the world of literary prizes. In the p ast 50 ye ars, Roth has done more to keep literature alive than just about any other living writer, and he himself has remained a champion of the sort of fiction that inspired him to become an author in the first place.

When Saul Bellow, one of Roth’s mentors dating back to when they met in the 1950s at the University of Chicago, died in 2004, Roth wrote a eulogy for the New Yorker, in which he asserted that every young man should have a male figure in his life, other than his own father, to serve as a kind of intellectual role model. For Roth, that man was Saul Bellow. Bellow taught him that he really could use his own life as a Jewish kid from blue-collar Newark for literary inspiration, and turn what might seem prosaic and dull into the basis of serious fiction.

In his book of essays, Reading Myself and Others, Roth offers not only poignant analyses of writers like Bellow and Milan Kundera, but insight into his own writing process. In so doing, he presents a compelling defense of literature.

But this week, the 78-year-old author of 52 books admitted that he no longer reads fiction. “I don’t read it at all,” he said in an interview with the Financial Times. “I read other things: history, biography. I don’t have the same interest in fiction that I once did.”

Nope, he hasn’t even read Freedom or Visit From the Goon Squad, and he doesn’t plan to.

Granted, just a few years ago he prophesized that in 20 years, no one would be reading fiction anymore, but that such a bleak prognosis would not stop him from producing it. After all, Roth is th at rare breed of human who seems incapable of quitting, producing almost a novel a year for the past several years. He’s never been lacking a readership, either, and his fans — myself included — anxiously await each new book even if the previous one fell a bit flat (cf: The Humbling). And presumably he still writes standing up.

But I can’t help finding some resonance between Drenka’s ultimatum to Mickey and Roth’s own declaration about fiction. I don’t think Roth or his readers want the affair to end, but what of our relationships with others ? Surely he wouldn’t prescribe a no-fiction diet to everyone else, or would he ? More importantly, why would a man who has made a career of literature — both as a teacher (at the University of Chicago, Hunter College, and the University of Pennsylvania) and as a writer — foreswear his own dalliances with his compatriots in the fight to keep fiction alive?

Or maybe, Roth is just being Roth. Which is to say, contrary.