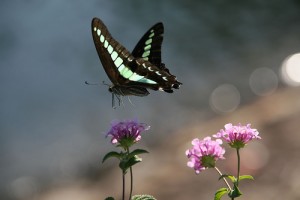 When we published the summer issue of Contrary two days ago, we had less than $2 in the bank. We’ve been scraping by since the recession hit, but this marked the first time we had published an issue without knowing how we’d pay for it.

Scary, so we just closed our eyes and pressed “Publish.”

Two days later, not only is the summer issue paid for, but autumn and winter are too—thanks to you, generous readers, and we really do thank you.

Before the recession submerged the world, we had no trouble raising the $800 per year we need to pay our creative writers. Occasionally, we exceeded that initial fundraising goal and had a l ittle more to pay our book reviewers. We didn’t have bloggers in those plush days, but if we did, we would have paid them too.

Contrary‘s editors volunteer, and we cover the magazine’s expenses–server space, transaction fees, legal necessities–out of pocket. Contrary is a labor of love and an opportunity for service to writers and writing.

But we think it’s important to pay writers, especially poets, who almost never get paid.

Despite the danger of commodification, the hazard of inappropriate valuation, the impossibility of adequate compensation, many writers view payment as an essential part of their emergence.

Occasionally someone who’s launching a publication asks for advice about fundraising, payment, salaries, and I always say, “Pay your writers but not yourselves. Keep your overhead low and your karma high.”

I don’t think that advice has ever been followed—too contrary? And I don’t think any of those journals are still around. One defunct publication burned through a grant (blowing it on editor’s salaries and office space) that would have paid our writers for 350 years.

But our consideration to writers has always depended upon the kindness of readers, and donations became scarce when the economy collapsed.

We don’t want to lower the payment amount–although it’s token, it will get you just about anything in the world. So we hold on. Like the barnacle, we cling to our place on the rock and wait for the tide to rise again.

Meanwhile you, dear readers, sustain us with your eyes by the thousands every day, and that would be enough—but whenever we reach the impassable, you pick us up and carry us on.

Though the word contrary usually comes with negative connotations, there is nothing negative to be said about the high-quality fiction, poetry, non-fiction, and hybrid forms offered by this magazine. With an attractive home page and loads of literature in the archives by masters of the craft like Sherman Alexie, this is not a website to simply browse: it is one to enter and stay in awhile. The work may teeter on the tightrope between accessible and experimental, but the magazine holds a secure place as one of the best around.