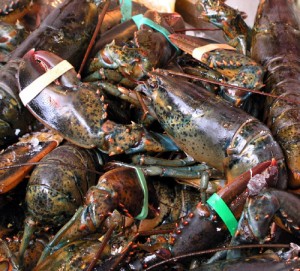 Juliana Baggott wrote a smart and calm defense of the Osama bin Laden death celebration for NPR last week. Americans should be free to release their fear, she contends: their cheering shows they are paying attention, are emotionally invested, and are participating in an act of unity.

She didn’t convince me, but she helped me pause and simplify.

The death celebrations didn’t sit right with me, but I have been reluctant to reach for some mighty principle—a Thou Shalt Not—to justify my discomfort. Ethical territory is equally trampled by the unethical in their harvest of justifications.

This issue seems much simpler than all that. Two events this week that helped me clarify it:

First, some skinheads who live near me taped the front page of the Chicago Tribune on the front door, with Osama bin Laden’s face portrayed above the word “DEAD.”

In a neighborhood with a history of racial violence, this struck me as not just a celebration, but a warning.

The national-violent act of killing the hated bin Laden vindicates violence and hate to these skinheads—I’ve grappled with them enough to feel certain of that.

They tend to expend their violence on each other—one of them beat another unconscious on the sidewalk during a Christening party last week—but their violence always has the potential to align with their hate.

That’s what we’re always waiting for.

Their hate is directed at anyone who is different: in color, in thought, in lifestyle. On those grounds, it’s easily redirected from Osama to Obama.

Hitler may be overused in arguments, but living, breathing Nazis still shine a useful light on nationalism, on the dark side of the “unity” Baggott sees as a virtue. If celebrating bin Laden’s death makes Nazi-Americans feel fearless and unified, it should give us pause.

Second, I came upon live lobsters at the local grocery store, their claws bound with thick rubber bands. They were not under water. They were piled atop each other in a styrofoam cooler.

I was startled first by the obvious fact of their suffering, and by the imagined horrors of their journey from their octopus gardens to this dreary dry box under fluorescent lights, a thousand miles from any ocean.

I was struck harder by the fact that no one else seemed struck.

Shoppers continued filling their baskets with bread and eggs and cheese while these animals suffered nearby, struggling weakly, dimly anticipating their fate—likely slow asphyxiation or immersion in boiling water.

Those unseeing, unfeeling shoppers are normal. The ones who see and feel, who let shopping be interrupted by empathic identification with lobsters, are the odd ones.

This is especially true when it comes to the suffering of useful animals—animals we think we need for food or clothing or other products. Those of us who can dismiss their suffering, laugh it off or simply not feel it, are considered normal—even necessary.

Nonetheless I’m convinced that the odd humans who empathize carry the torch for the hopes of humanity. Can I compliment better a class in which I have placed myself ? I think I can: their hearts shelter our dreams like a seed in a safe.

But I’ll let my betters explain that point, so I can get to mine:

However violently Osama bin Laden may have acted, celebrating his death requires the silencing of our own empathy.

Empathy is a noble gas. We can’t attach political complexities to it—when we designate one person worthy of empathy, another unworthy—what we’re really doing is switching empathy on or off, heeding it or silencing it.

The most vile horrors perpetuated by human beings always begin with the silencing of empathy. That switch is the the source of all our worst. And it’s also flipped for “moral killings,” for killings deemed necessary.

Whether a bullet into the eye or a plane into the tower, whether against each other or against animals—violence always begins with the silencing of empathy.

So that’s the ground on which we must fight violence.

That’s why it makes no sense to me to silence our own empathy to celebrate. Empathy is what we need, more than anything, to cultivate, and we know—too well—what happens when we silence it.

This post began as a comment on an earlier post by Annie Murphy, and then became too long for that. And I should note that the topic of Osama bin Laden’s demise has been tackled with much more alacrity and grace in these pages by Annie and by Amanda Leigh Lichtenstein.

Previous post: If a tree falls in the forest …