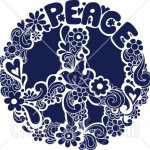 Although I generally do not like to hear pop stars’ opinions on politics, or politicians’ opinions about pop culture—the operative principle being, “if you don’t have anything informed to say, don’t say anything at all”—I’m going to stretch (and/or violate, depending on your perspective of my perspective) that norm. That is, as a student of literature and culture, I’m going to discuss politics and international relations. I’ve worked with enough students studying foreign affairs in my university’s writing center to know just how little I know: incredibly little. Yet I can’t help but react to reports, commentaries, and status messages regarding Osama bin Laden’s death. As a friend just said, th is event has created so many reactions to reactions; in other words, people are making each other the subjects while rendering themselves the objective observer. While, for example, I criticize a journalist’s article or a friend’s Facebook status, that author comes to constitute my subject, and I come to think of myself as the unbiased, dispassionate observer. So it is with that disclaimer that I begin.

I first heard the news from a text: “bin Laden is dead.” I didn’t realize the significance of this at that moment. It’s been so long since 9/11 that I’m not sure how much it matters now—other than as the morale boost that we must admit it is. Perhaps, of course, it is the media that has not only reported this event but also created its significance, as many a reporter has pronounced, “You’ll always remember where you were when you heard bin Laden was killed.”

For the record, I was in my bedroom. At 25 (don’t laugh), I realize that I’ve grown cynical. I remember where I was when 9/11 happened: in high school. I was 15, a sophomore, just about to get my learner’s permit. That day marked the beginning of my awareness of politics; it also imbued in me distrust, fear, and confusion. The past 10 years have been irretrievably marked and marred by these events. I didn’t know anyone who lost his or her life in the attacks, nor did I know anyone who knew anyone.

But this is not supposed to be about me. What I’m attempting to do is to examine these events from a literary perspective, to analyze them the same way I do novels and essays every day. I study postcolonialism and feminist theory, along with some narratology and composition thrown in for good measure. (No, really.) I’m currently taking a class entitled “Orientalism and the Human,” taught by a professor who was himself a student of Edward Said. On Wednesday evenings, we talk about how the “West” conceives of the “Orient,” about how Western representations of the East have created an oppressive discourse, and about how that discourse has become, to some, the truth. We talk about how discourse structures truth, and about how rhetoric becomes reality. Said wrote his seminal work, Orientalism, primarily as a critique of 19th century texts and the imperial policies associated with them. What saddens me is that the politicians in this country, as well as the media, continue to demonize these “others” as such.

In university English departments, we learn to critique power, to “deconstruct” linguistic binaries, to be aware of social constructs. So I can’t help but feel apprehensive about the “us” and “them” (or worse, the “us versus them”) rhetoric that is so often used today. I don’t understand why scholars of literature study and deconstruct these systems of power, only to have their analyses read (and understood) only by other scholars of their own discipline. I recall the dictum that the role of the intellectual is to speak truth to power. From what I see, the intellectual speaks a sort of truth, but to nobody. If a professor speaks, and if nobody listens, did the professor actually speak?

At my university, ideological and methodological concerns divide the scholars of humanities from those of foreign “service,” international relations, and security studies. It is as if—and I realize the cynicism of this— that the students of foreign affairs learn how best to serve the US and its interests at the very same time that students of literature learn about the socially constructed nature of national boundaries and the inherent problems of nationalism. Put simply, we’re undoing each other’s work.

For my “Orientalism and the Human” assignment this week, I’m reading Jaques Rancière’s article, “Who Is the Subject of the Rights of Man?” He exposes a fault of the concept we know as human rights: “The only real rights were the rights of citizens, the rights attached to a national community as such” (298). “Rights,” then, come only with national identity. We must be citizens before we can have rights; but if we are citizens, then we have the defense of a state. That is his argument. Where do we go from here? A former professor of mine posted the following quote from Slavoj Žižek just after Obama made the announcement: “The only appropriate stance is unconditional solidarity with all victims. The ethical stance proper is replaced here by the moralizing mathematics of guilt and horror, which misses the key point: the terrifying death of each individual is absolute and incomparable.” In the midst of this morale boost, politically-advantageous-for-Obama event, and inappropriate celebration—reportedly, undergraduates at my alma mater covered the quad in toilet paper, as they do when the school scores a major sports victory—can we remember that war is never good? And that “we” are part of the country that created this mess? And that what has happened is incomparable and irrecoverable?

I hope that not only can we remember those who died both here and abroad, but also that we can work to create the conditions to prevent another ten years like the past ten. I realize that every discipline has its areas of both expertise and ignorance, and that English students and literary scholars aren’t going to save the world. I would like to suggest, however, that if we better understood each other—and if we tried to be critical of ourselves at the same time as we are critical of others, a simple restatement of Said’s philosophy of humanism and secular criticism—that it might be possible to avoid, or at least mitigate, these kinds of crises. While for obvious reasons I hesitate to evoke “A” or “The” God, I do wish that Mr. Obama last night had said at the end of his speech, “God bless everyone.”