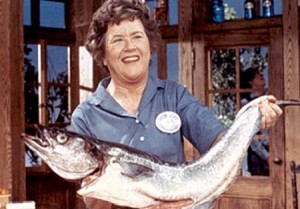 “To most of us, what we see when we watch cooking programmes on television looks perfectly normal: kitchen utensils on the one hand, items of raw food on the other, on their way to being transformed into cooked food. But to someone unused to eating meat, the spectacle must be highly unnatural. For among the fruit and vegetables and oils and herbs and spices lie chunks of flesh hacked mere days ago from the body of some creature killed purposely and with violence. Animal flesh looks much the same as human flesh (why should it not?). So, to the eye unused to carnivore cuisine, the inference does not come automatically (“naturally”) that the flesh on display is cut from a carcass (animal) rather than from a corpse (human). It is important that not everyone should lose this way of seeing the kitchen.” ~ J.M. Coetzee

Our task must be to free ourselves… by widening our circle of compassion to embrace all living creatures and the whole of nature and its beauty. ~ Albert Einstein

The greatness of a nation and its moral progress can be judged by the way its animals are treated. ~ Gandhi

Life is as dear to a mute creature as it is to man. Just as one wants happiness and fears pain, just as one wants to live and not die, so do other creatures. ~ The Dalai Lama

Mankind’s true moral test, its fundamental test (which lies deeply buried from view), consists of its attitude towards those who are at its mercy: animals. And in this respect mankind has suffered a fundamental debacle, a debacle so fundamental that all others stem from it. ~ Milan Kundera

I watch the cattle, felled by the mallet and still shuddering, roll through a trap door onto the tile floor. A hook grabs them and hoists them up, and an arm wielding a knife severs their artery and their life. They are decapitated and their legs draped in a large white cloth; carts carry away enormous blue entrails and buckets of foaming blood. Basins of water are emptied onto the tiles, and the metal gleams with murderous reflections against the red ground. This colossal slaughter is the visible tragedy, but it’s only the symbol of another, deeper tragedy. In order to live, man consumes non-human lives, but he also feeds on the lives of other humans. It suddenly strikes me that the blades slicing the wounded meat, all this carnage of blood and steel, are there only to illuminate the awful meaning of that natural law to which we’re inured from birth–man is an animal that eats. ~ Simone de Beauvoir