The Marlboro Manifesto: Life, liberty and the pursuit of leisure in Denver, Colorado 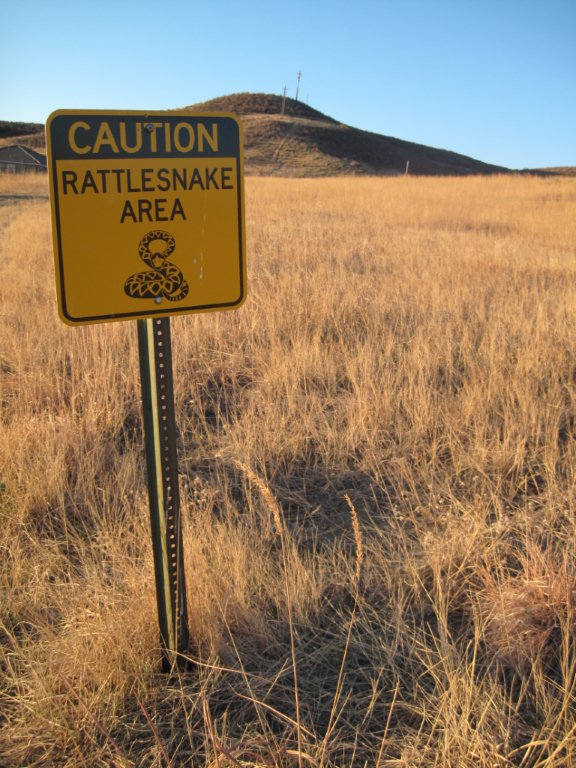 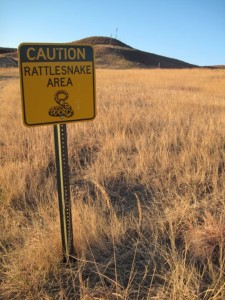 We the people of Denver, Colorado (and the metro-area suburbs, from which our homogenized city is indistinguishable) pledge allegiance to Leisure, to God and to our SUVs. This official document sets forth the tenets by which we shall collectively conduct ourselves to promote a just and peaceful existence in this, our Republic.

Herein, “God” may reefer to “Ra,” “Mad Pow-Pow” or the “REI Superstore.” Moreover, we have excised the word “refer” from our state ledgers; henceforth, we use the term “reefer.” Physicians deem this heady locution medically necessary in order to maintain the well-being of our residents and thus defend our high rank as one of the United States’ healthiest cities.

ARTICLE I: SEPARATION OF CHURCH AND STATE

In so far as we practice polytheistic pantheism, and such a thing does exist (here we are, made one with nature through all of our sundry recreational equipment!), we do not separate church and state.

The Gods amply reward our faithful adherence to polytheism as we experience their most sylvan plenitudes only when divine power balances equally among them.

For those living outside the Republic, our devotion to the vengeful deity Mad Pow-Pow likely elicits confusion. For eons, haven’t societies sought to appease their celestial spirits rather than rile them? So why do we attempt to anger Pow-Pow? Why do we exalt in Pow-Pow’s wrath? Only when Pow-Pow is truly mad does he descend from the heavens to close schools and lay devotees prostrate in the mountains.  It is his wish (as expressed by Denver’s snowboarding contingent) that we refer to him in the diminutive. 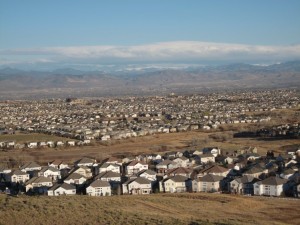 Like many Americans, we hold our loyalty to Leisure as self-evident, and we charge ourselves with pursuing this end at all costs, even should it detrimentally impact our natural environs or fellow human beings. We assume that happiness is a reachable destination, and upon arrival, permanent.

Of course, any kind of contentment that naturally arises from engaging one’s intellect (by participating in rewarding work, for example) should be discounted, as true happiness can only be found through relentlessly pursuing Leisure, with the ultimate goal of capturing and killing it. A Leisure-skin cap is much-coveted and proves our Wild West virility. It is for this reason that we helm Armadas, Expeditions and other such militaristic utility tanks—we amplify our spoils by defeating both Leisure and nature simultaneously, at a mere 12 miles per gallon.

We concede that in addition to their regular sedans, many Denver families currently subsist on only one SUV, and this is a travesty. By next year, we hope to park two SUVs in the driveway of every household (partially funded by city subsidies). Considering how Denver’s metro-suburbs spread mile after glorious mile, purchasing smaller vehicles for commuting could make sense at some future date, but we will address this issue later, perhaps when conditions for adopting such drastic measures become more favorable, when we stop pursuing Leisure and actually arrive at Happiness. 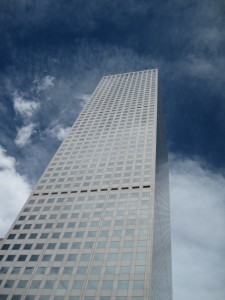 Glancing off Denver by Angela Argentati

We approve two major topics of conversation germane to the daily lives of our citizens:

1)      The legality of leash-laws makes for salient and lively conversation, and we anticipate that this subject shall bear relevance as long as our pampered canine companions shall roam, free or otherwise.

2)      The IKEA sign is a 92-feet-tall highway-sore that smites the vision of all who drive on I-25. (And since nearly everyone drives on I-25 instead of riding public transit, this subject proves especially galvanizing among our citizenry.) IKEA opens its first store in Colorado this fall and rather than anticipating the thrill of purchasing a $10.00 French press, we view IKEA suspiciously, as a blue and yellow Trojan horse whose strange, striped Swedish furniture may become animate (á la Tim Burton). To our horror we imagine couches and bookshelves running unleashed through the suburban sprawl, pooping in our neighbors’ yards. In the face of this monolithic box, which occupies an extraordinarily large footprint, the sign as viewed from the highway hoists itself as the more pressing concern. We agree that the sign and its 92-foot post spike the thorn in our collective side and prove a valuable ground for reflection.

In all discursive dealings, Denver’s preternatural politeness shall prevail. 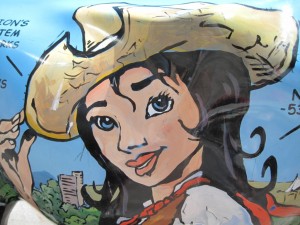 A lack of bullet-proof glass in public venues reinforces our deference to courtesy, as does the preponderance of cowboy hats, which steadfastly plume many a’ hairline.  For its lip loosening qualities, we smile upon imbibing, among other things, and stiff drinks can be had at the I’m Ok, You’re Ok Corral.

We regret to mention that our outlaw of surliness suggests the logical impossibility of finding an authentic hipster in Denver (aka, a Dipster). Though, in our tolerance, we don’t fault those that search for such chimeras.

“Howdy,” while not the most popular greeting, is certainly the most underappreciated.

Care to read more ? It’s easy enough: sit for a spell in the valley of unemployment.

Next post: An academic, a journalist, and a copywriter met on a sidewalk…

Previous post: Cash-sash and other culture jams: (No I’m not married, I don’t have a baby)