Loitering in the valley of unemployment 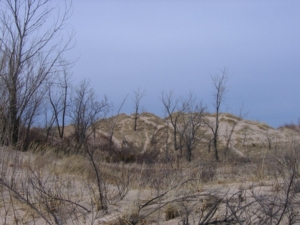 If I am subject to any more carping about our nation’s unemployment problem, my eyes might permanently glaze over, zombie-like. Fourteen million Americans struggle in the throes of joblessness according to NPR’s Michele Norris, who quoted this figure during All Things Considered earlier this week.

I’m not sure about you, but I tend to avoid interlocutions with unemployed people. On the street. In bars. At the bookstore. I find their sniveling insufferable. Their self-deprecation—their “woe-is-me-I’m-too-good-for-this”—strains my credulity, not to mention my sense of propriety. I mean, this self-pity breaches our socially-accepted moral rectitude… it crosses the boundaries of cool, disaffected ennui into actual, honest pathos.

Hey Bub, McDonalds is right around the corner and they issue the Golden Arches’ uniform in just your size: XX-sympathy. And if yellow and brown cramp your steize, try Urban Outfitters across the street. (Oh, wait, Urban might tart you up in a Micky D’s ensemble as part of its Campaign for Irony. However, this season African prints slither their way through the day-glo jungle into the limelight, so you’re probably safe.)

It’s easy to spot them… the unemployed. Either they amble disconsolately, with their bathrobe lapels flapping open and their bootstraps dragging behind them like a ball and chain. Or, they twitch nervously, gazing at you with pleading I’ve-looked-everywhere-but-just-can’t-sniff-out-my-master Chihuahua eyes.

And don’t small dogs just ask to be kicked? Not in a cleat-to-pigskin rolling head-over-paws through the goal-posts type of way, but more along the lines of a toe-jerk: a tread-to-distended gut, which stuns the ankle biter enough to momentarily clap its yapping?

It seems as if unemployed academics (who ostensibly haven’t worked a day in their lives and were therefore never employed to begin with) comprise the whiniest of the bunch. “What, life is not a meritocracy?” they wonder, their blood beginning to ice. “I feel so naked outside the ivory tower. The academy’s new clothes just don’t provide the warmth and insulation that I expected.”

So, only within the last few months has it dawned on me that I am unemployed. Profoundly, abjectly, severely unemployed. I am Angela Argentati and I am unemployed. It’s me, I am the Chihuahua! No, even worse, much much worse… I am the grimaced-faced, Cavalier King Charles Spaniel!! A bathrobe-wearing, cold-pizza eating, overbred ten-pound wonder.

Why was I confused about this?

My first clue should have been the cost saving measures I was implementing. They were innocent enough at first—a clothes-buying embargo here, a wild night out at the library there, but they quickly turned a drastic corner… namely, moving back in with my parents.

For those of you with similar aspirations, let me assure you, parents do not make tenable roommates, especially my mother, who assiduously tasks herself with a strict daily regimen. First, she cleans the cats’ litter box, which evidently exhausts her, because a twelve-hour television marathon follows. Her viewing menu predictably ranges from the smug, porcine Dr.-I-Told-You-So to the game-show duo who remarkably incarnate Ken and Barbie with their strange tans and stiff arm movements. Today, I’d like to buy an ‘i.’

TV’s force-field—the way it stultifies its audience into captivity and simultaneously repels would-be rescuers—amazes me. It wraps my mother in a warm embrace, whisk ing her to the islands and lapping her synapses in 80-degree Delta waves. And following in the laws of Newtonian physics, its equal and opposite force, effected by its rude kaleidoscope colors and obnoxious loudness, wards off passersby. It creates an insulation chamber, a cell padded with invisible walls and an insensate inmate.

Between shows, she tenderly soaps the plastic tray from her Lean-Cuisine meal and then runs it through the automatic dish-washer, so it’s “clean for the recycling fellows” all the while talking to herself in the third person. “Momma, just loved that microwave dinner.” “Momma, needs some more crispy crackers, she just can’t get enough.”

In a standard shared-living situation, we would consider Momma the problem roommate: the one who never goes out, and whose tv-watching habit has irreversibly flat-lined her brain waves thus inhibiting any healthy inclinations for cathecting. But lest I remind myself this is Momma’s house. Casting aspersions on your roommates is one thing. Casting aspersions on your own mother in her own home is another. I am conscripting myself to lifetime upon lifetime of karmic retribution.

Remind me again, how in the world did I end up here?

Did I walk a path of courageous, yet uninformed decision-making? Don’t we all? At some point searching for the right job soured into unemployment. This crystallized when I realized that futility’s deep end is not lined in concrete, but instead, expands as unfathomably as the Atlantic. Its depths defy sounding.

As macabre as it is, I sometimes liken myself to Christopher McCandless, the real-life hero of Jon Krakauer’s page-turner Into the Wild (1996, Villard). I am not self-important enough to believe my gumption matches McCandless’s. However, I feel some correspondence between our self-imposed austerities. Though McCandless might balk at the fact I am living the life he eschewed. (Correction, I’m somewhere between life and actually living it.)

Like the impassioned yet hapless McCandless I abandoned stability (quit my professional job). I burned my money (grad school), and now I encamp myself in suburbia’s culturally bereft wild. Attempts to ford the river to leave me gasping on the wrong shore. If only I could escape my own myopia—if only I understood the geography—if only I could cast off this coffee-stained bathrobe—I might live to tell about it.

Tune in next week for Employment Fantasy #412: entailing talented HR “professionals” who perform the hat dance on résumés.