With Owsley’s death, will the 1960s fade even further into oblivion? 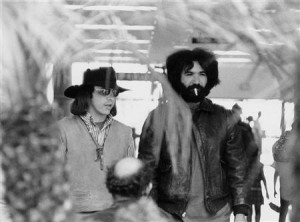 Throughout my childhood, in the early- to mid-1980s, LSD was considered bad news. We were sternly warned by teachers, parents, made-for-TV movies, and Nancy Reagan’s “Just Say No” campaign never to try it. We were told that if we ever did, we’d likely do something fatally stupid — like attempt to fly out of a window — or go “legally insane,” a hotly contested concept among acid-trip veterans.

Indeed, LSD has had its share of casualties, many tragic. But it also had an indelible effect on American culture. Without acid, the 1960s, quite simply, wouldn’t have been the 1960s. And on Sunday, one of the key figures behind that prominence died at age 76, in a car accident near his home in the Australian bush.

Owlsey Stanley was the applied chemist who supplied the Grateful Dead, Jimi Hendrix, and countless others, both famous and non, with prodigious amounts of lysergic acid diethylamide. Popularly known by his first name alone, Owsley was said to have produced anywhere from one to five million individual hits during his years in San Francisco, broken up by arrests and one two-year stint in federal prison. In the 1980s he relocated to Australia to avoid the coming Ice Age, which he believed was imminent, and where he continued to live entirely on meat.

Owsley’s product was the acid in Ken Kesey’s Electric Kool-Aid Acid Test. John Lennon reportedly contracted a lifetime supply of the stuff from him. And Frank Zappa referenced him in his 1967 song “Who Needs the Peace Corps” when he sang, “Think I’ll just drop out/I’ll go to Frisco, buy a wig and sleep on Owsley’s floor.”

That final reference was how I first learned of Owsley Stanley, in 1989, when I was 14. I loved the song for its irony, despite also enjoying the scene it so ruthlessly mocked.

Maybe someone else would have filled Owsley’s test tubes if he hadn’t, but we can’t be sure. And while lives have been destroyed by LSD — I had several friends in high school whose deaths, car accidents, and brain damage can be directly linked to the drug — significant aspects of American culture are tied to it.

And those aspects have been critical in shaping American politics, music, fashion, sexual and civil liberties, and just about everything else over the past 40+ years. When I was in college, in the 1990s, an entire course on the 1960s was offered for precisely that reason. It wasn’t written off as a decade defined by self-involved baby boomers, as it often is today, but acknowledged for what it was: a pivot al period in American history.

With Owsley’s death, I have to wonder how much longer that will be known.