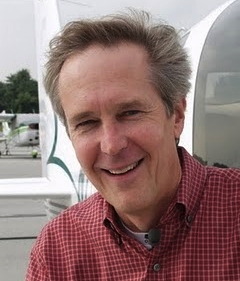 He disputes the tediously common view that old journalism is better than new.

Unless they are different from anything the news business has yet undergone, the technological and market changes now disrupting journalism will have effects that are both good and bad. The reason to point this out is not so we will shrug and say, “Whatever!” It is to identify the likely problems so that we can try to buffer them—and remember that we will be slow to recognize the most beneficial possible effects.

via Learning to Love the (Shallow, Divisive, Unreliable) New Media – Magazine – The Atlantic.

I love Fallows most at moments like this—not because it’s the first time I’ve heard him say “Whatever!”

Part of this writer’s appeal has long been his measured optimism, which is contagious and heartening. Good things are happening for China, he’ll tell us, but not so good that Americans need worry about China taking over the world. Google has been destroying newspapers, he’ll tell us, but now it’s going to save them. Etc. The charm of his writerly persona (and, I suspect, his bodily one) is rooted in his willingness to offer us deeply researched reassurances.

Optimism about new journalism is neither new nor rare, and it has been rising up with increasing petulance against the Henny Penny fear that journalism is dying and taking democracy with it.

Journalism has never been all that good, Fallows reminds us, and it has frequently been in technological and economic flux. Better still, he makes a list of our worries, shows us that he’s quite serious about them, then shows us why we needn’t be quite so worried about them.

I should have known this is where Fallows stood, but I wasn’t always sure.

When True/Slant shut down last summer, Fallows mourned it as a new journalism experiment that had failed:

The years ahead for the journalism biz will amount to “experiment, experiment, experiment” — figuring out what will work as a new business model by exploring all possibilities and learning, as quickly as possible, what doesn’t work…. Sorry that True/Slant will go down as an illustration of what didn’t work, rather than what did.

Instead, Michael Roston of True/Slant told him in an email that Fallows republished the next day. “For the record,” Fallows wrote, “a reply from a True/Slant vet.”

But Michael Roston was much more than a veteran blogger, he was a denizen of True/Slant’s “Mountain Lair,” the start-up’s loft headquarters in SoHo. He was the homepage editor who sorted through the writers’ posts each day—including mine—selected a few for the front page, and topped them with brilliant headlines—a job he now does for The New York Times.

Fallows quoted Michael’s letter in full under the headline “Another View on True/Slant,” which struck me as a weak headline for a correction. After quoting Michael’s letter, Fallows wrote, “I hope that Michael Roston is right.”

Well of course he was right. Look at True/Slant. Now look at the new Forbes.

At the time I thought Fallows was acting a bit like a brontosaurus, a Jurassic journalist throwing his weight around, accustomed to being in control of the official record, if not of the truth itself, only grudgingly open to correction, and reserving for himself the last word.

He’s blogging, I thought, but he still thinks he owns the ink, the paper, and the printing press.

Now, in “Learning to Love,” a different insight. Fallows writes:

The regular journalistic reflex is to correct error by applying fact and logic. In moot-court competition, this pays off. In much of the rest of life, it does not. On being told “You’re wrong,” some people will say “Thanks for the correction!” Most will say “Go to hell.”

Fact correction isn’t the solution to incorrect facts, Fallows now asserts. In other words, you won’t get anywhere by sending an email to a brontosaurus.

The new technique of correction is the reassembly of facts into a contrasting narrative. Jon Stewart and Stephen Colbert don’t fact-check Fox News, Fallows says: “They change the story not by distorting reality—their strength is their reliance on fact—or creating a fictitious narrative, but by presenting the facts in a way that makes them register in a way they hadn’t before.”

Who’s to say what’s true anywa y? You are.

Next post: With Owsley’s death, will the 1960s fade even further into oblivion?

Previous post: Madison in photos, a look at the pro-union rallies