Healing Chant in the Face of the Nuclear 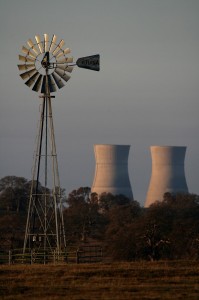 That was my arrogant title for a poem I wrote a few years ago when I was living in Auvillar, France, a few miles from a nuclear plant. Though the French seem at home with nuclear power, that very summer had been one of the hottest on record, and the rivers were heating up, causing some doubt about cooling the plants. That summer there was an earthquake in Japan, and a nuclear reactor was affected, though nothing as dramatic as what we’ re seeing now.

My friend Francis, who lives in the village where the nuclear plant is located, says the neighbors there have extreme doubts about how their health might be affected. The problem is, no one really knows.

I’m going back to Auvillar in a couple of months, and the sensory joys of the place will blot out the uneasiness that it’s easy to feel near the plant.

And my poetry will continue to keep the field wide, so that as much experience as possible will be permitted to enter the field.

But here’s my question: Is it still okay to write poems that don’t in any obvious way deal with the disasters ? Or does poetry owe it to our cousins in Japan or in Libya to write about devastation and harm ? Is it enough to write love poems? Is true that the feminist philosophy I grew up with–“The personal is political”–still applies?

I have friend who includes current affairs in every poem, and she does it well. So why am I sick of that ? Is it cowardly to just want to write love poems?

Please answer before Friday, when I’ll be re ading with my politic al friend at a popular public venue!