The spring Contrary has sprung 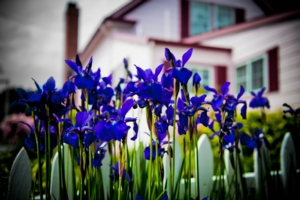 Now and then, Shaindel falls in love. Sometimes years will pass without an episode, but when it happens, it’s a blazing passion. When a new flame flares up, I’ve learned, it’s best for me to stop what I’ m doing and read. Last week in the midst of a downpour of sorrows—which she se nt through email, facebook, twitter, as she waded through thousands of submitted poems—there came such a break in the clouds.

Here’s what she said about her latest poet-crush:

“Temple Cone is a poet whose intelligence is matched by his heart, whose poems speak truth, even when the truth, in these times especially, is one we’d rather not see.”

What truths is Temple showing us that we’d rather not see? You can now read The Soldiers, What the Classics Teach, and Burning Sappho.

Because the spring Contrary is out! fully redesigned and technologically whiz-bang. You’ll find the magazine just across the hall at contrarymagazine.com.

So I told my kids, I said, “I’m going to get hell, and then I’m going to give it back.” And in the back of my own mind I heard myself tell me about the pain pills and anti-nausea drugs and smelled the fear I have of the dark places of my mind and how much time I give to things: the idea of death everyday, and how I wake up to the bone-chilling word…

You know what else this means? The magazine is accepting submissions for summer. Deadline is June 1. Contrary Magazine accepts submissions only through this form. Let’s read each other.

Go ask the springing flowers,
And the flowing air above,
What are the twin-born waters,
And they’ll answer Death and Love.

Far off in drowsy valleys
Where the meadow saffrons blow,
The feet of summer dabble
In their coiling calm and slow.

Previous post: Healing Chant in the Face of the Nuclear