Is the university over? 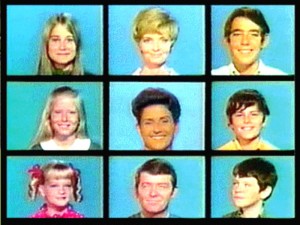 Minerva — hardly a word you’d associate with higher education. It sounds more like a brand-name medication designed to treat anxiety — Minimize your nerves with Minerva! Or maybe a South American root that generations of indigenous populations have used to cure everything.

But no. If a 39-year-old entrepreneur named Ben Nelson has his way, the word Minerva will not only be uttered in the same breath as Harvard and Stanford, but eventually supplant them. It’s the latest in a recent string of attempts to revolutionize higher education with technology, making it at once more accessible, cheaper, and more relevant to our hyper-connected, always-on world.

Unlike those earlier initiatives, like MOOCs (massive open online courses) and the tech incubator Udacity, however, the Minerva Project aims to replace the liberal-arts college. It will grant four-year degrees, guarantee small classes, and rely on the Socratic method of teaching over lectures. What it will not have: ivy-covered buildings, tenured faculty, a student center, or a library.

Instead, Minerva’s matriculates will spend each year of their college careers in a different location: San Francisco, Dubai, New York, Hong Kong, Tokyo… And they’ll do all of their research online, take their classes online, and consult with their professors, who will be scattered all over the world — that’s right — online.

But this is no University of Phoenix. Nelson intends Minerva to be competitive with elite institutions from the outset. At a fraction the cost of most private colleges and universities, he can boast a cheap sticker price and a world-class faculty — he’s already enlisted some rock-star professors and plans to hire others — as well as the unique opportunity to see the world while earning a college degree, and not just for a semester during their junior year. What’s more, the pedagogical approach is rigorous. Students are expected to engage in each class session, and if they don’t, everyone will be able to tell: Every student’s face will be displayed in little squares on your computer screen, a la Jeopardy! or The Brady Bunch.

If you’re anything like me, you’ve gone from thinking this sounds like a terrible idea to a potentially great idea to a downright disturbing idea in the space of this post’s mere 350 words thus far.

The traditionalist in you thinks that college should be experienced as you experienced it: on a campus, with friends you spend four years getting to know, and professors who have you over to their houses for sandwiches and scotch. The contemporary in you understands that a lot has changed in the past 20 years, and if every other business model has been upended by the Internet, why not higher education too? And finally, the high school senior who was duly alarmed by the dystopian depictions of Brave New World and 1984 in you thinks this sounds like one of the last remaining vestiges of sacred, off-line experience is about to be subsumed by the all-enveloping, many-tentacled beast that is the Internet. First to go, shopping, then buying books, then reading books, and then finding a mate. Now going to college.

Indeed, Nelson himself — who has never worked in higher education, let alone run a classroom (he made his money as an executive at Snapfish after earning his B.A. at the Wharton Business School) — has argued against the long-held view that education is “an art and a science.” To him, as Graeme Wood writes in “The Future of College,” a feature on Minerva in this month’s Atlantic, education is “a science and a science.”

As someone who has taught college for 10 years, I couldn’t agree less. Teaching is about the exchange between the students and the teacher, the students and the students, and the student and his or her own preconceived ideas. Like any relationship, it changes and evolves over the course of a given semester, and sometimes, the course of a given class session. As I told my students at the end of a class I taught  this summer, “I’ve learned as much from these discussions as I hope you have, and I’m sorry to see the term end.”

That’s not a science, and it’s not something that can be commodified, standardized, packaged, and streamed. It’s the kind of relationship that thrives only in the flesh, in real time, in an old classroom with unreliable air conditioning and hideous florescent lights that buzz overhead.

And, while I am trying very hard to accept the new world order of Silicon Valley’s high-tech moguls, I just can’t accept Nelson’s vision of a university experience that denies happy accidents, serendipitous encounters, and the awkward, discomforting process of learning how to think in the company of other students and teachers who are all in the same place at the same time.

Because contrary to what Nelson, who, again, has never taught a class, thinks, education is very much an art and a science. Mostly the former.