Review: Curse of an Addict — Zanzibar 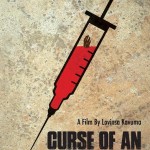 It’s been a month since I was first introduced to Seif and I can’t get him out of mind. Seif was a heroin addict who lived in Stone Town, Zanzibar, and I ‘met’ him through a harrowing short documentary about his life called Curse of an Addict by filmmaker Lovinsa Kavuma, shot in Zanzibar in 2012, featured at the 2014 Zanzibar International Film Festival in Stone Town.

Curse of an Addict is the haunting story of a young man gripped by the gritty, loving claws of addiction. His story, narrated minimally by Lovinsa Kovuma with a tempered, tense voice, winds back and forth from addiction to recovery and back again, revealing the layers of pain that keep him close to the heart of heroin’s fire.

It’s been said that ‘brown sugar’ (heroin) on the island is cheaper than bottled water, and that with few job prospects and island rhythms, heroin is an easy and agreeable friend to Zanzibar’s young ones. One in 10 on the island are somehow affected by heroin abuse, and an estimated 1- 7% of the island’s one million citizens are hooked, many of whom, like Seif, live in the capitol city of Stone Town, a flush drug trade corridor.

Heroin abuse has become one of Stone Town’s greatest shames and taboos.  It’s not uncommon to pass a drooling addict mid-stumble on the streets, and that’s why this film is so powerful, because the filmmaker bravely frames addiction through the lens of an intimate, enduring relationship with Seif, someone who others would likely ignore or scold.

Lovinsa, who chose to follow Seif as a way to “show the ugliness of drugs from a personal perspective,” stood before “a handsome, calm, unpredictable, intriguing, fearless man” and knew that she wanted to tell his story. Throughout the 24-minute documentary, viewers are caught in a tug of war between hope and despair.

While the West often frames and treats addiction as a disease, the film presents addiction within a Swahili context, where a family curse plays a prominent role in determining Seif’s life course. The film opens amidst a torrential downpour, when we learn that Seif’s mother had given away their family farm to a relative when Seif was just a child. When Seif comes of age and asks for the farm, the relative, then an old man, curses Seif:

Straight from the curse, the film zooms in on Seif, a young man of 28 with pock-marked cheeks and a beautiful smile, sitting with a friend in a room of crumbling white walls, shooting heroin into Seif’s neck. This gruesome, raw scene sets the tone of implosive and precarious pain throughout the rest of the film.

The night we filmed Seif & his mate shoot heroin in the neck, my trusted colleague run out of the room to throw up. I remained filming 2 feet away from the heroin-takers in a box-room while swatting a mosquito party on a rampage for blood.

Seif was probably once one of Stone Town’s ‘diving boys’ who gather nightly at Forodhani Park to flip and dive into the twilighted ocean, but Seif’s early experiences in public school only brought him violence, isolation, and rage. He tried to stand up to his teachers and other students who bullied him, but to no avail. This contentious relationship with his teachers ended in a public beating that left him humiliated, and he never returned, haunted by the curse of his teachers who said to Mama Seif:

“Your son is just too much. Take him anywhere else. But don’t bring him back here.”

Seif discovered heroin at 16, numbing the pain he experienced as a child. He explains, “I’m not proud of using. I regret it.” Mama Seif is clearly tired of Seif’s shenanigans and the shame he brings the family.

As we follow Seif’s footsteps to ‘Soba House’ in an attempt to get clean (again), it’s heartening to watch him at the barber’s shop getting his head shaved. Catching a glimpse of his new look in the mirror, Seif smiles a smile that could light up any darkness. Even a security officer tips Seif a few shillings on his way to rehab, showing faith in his attempt at liberation. Seif rolls up his mattress and walks to the humble rehabilitation center wearing a shirt that ironically reads “sauti ya vijana” (Voice of the Youth), a youthful politician’s campaign t-shirt.

This scene is one of the most heart-wrenching of the entire film — the hope of a hair cut — a fresh buzz, a new life — all of us wanting to believe that he’s on his way to something better.

But the road to rehab is long and arduous, and the film traces many false starts as Seif grapples with the pain that lurks behind his addiction, both the physical withdrawal and psychological hauntings of his mind. For many Zanzibaris, addiction is understood as a spiritual disturbance.

Around the time Seif first started using heroin, a ghost named Miriam began visiting him, comforting him in times of extreme loneliness and imprisonment. Jackson, Seif’s rehab counselor, insists that he must confront his ‘demons’ as part of his healing process, and encourages him to seek out counsel from a sheikh as well as his mother, who attends an exorcism and actually gets to communicate directly with Mariam, who speaks through Seif in a high-pitched voice as Seif himself writhes under a white sheet.

An alternative to the 12-step approach, spiritual interventions and exorcisms are common to the healing process, and it’s here where Seif’s mother actually gets to negotiate with her son’s ghost in a session of confiding and confessing. The sheik also scolds Seif by telling him that “god loves cows more than men who commit sins.”Mama Seif, who’d perhaps set Seif’s curse in motion by giving the family farm away, does her best to intervene and reverse the curse.  She asks the ghost of Mariam for two simple things: 1. give Seif back his health 2. free Seif from all negative behavior. But Mariam’s love for Seif is strong and defiant and it becomes clear, at least to me, that Mariam is a manifestation of heroin love — an all-encompassing grip that slips within and never lets Seif go.

Lovinsa believes that “somewhere along the line Seif had a break-through with his demons. Also he realized that [they] cared about him. But when [she] left the island for a while, [she didn’t] think Seif believed [she would] come back to him.”

We bear witness to Seif as he leaves Soba House and returns to the hustle, working near the ports where so many former and current addicts make their daily bread. But the call to prayer is not loud enough for Seif, who slips into an even darker darkness, and only hears the ghost of Mariam when she calls.

Seif slips and slips away, until he can no longer even make eye contact with Lovinsa.

It takes courage to create a documentary that so vulnerably places the filmmaker at the center of her subject’s pain. The film also astutely respects the cultural context of addiction, acknowledging the nuance of a belief system that categorizes addiction within the spiritual realm. While it does not bode well for Western notions of recovery, wishfully asserting a 12-step fix, this film sheds light on addiction’s textured presence in contemporary Swahili culture and society.

The film silenced a room packed with both international and local viewers who were moved to feel something for a man who’d thrown himself into a kind of self-exile. Following the screening, young men and women stood up and asked what the government was doing to intervene, what everyday residents could do to address addiction. In their voices was discernible concern, real urgency.

It allowed all of us to zoom in on all the heartache and humanity of addiction, a reminder that those addicts we pass on Stone Town’s streets were once perhaps glorious and healthy ‘diving boys’ (or girls) full of sun-soaked potential.

The day I meet god, I won’t have anything to tell him. He knows everything about me.” 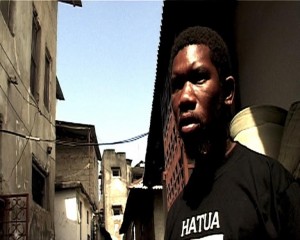 *To learn more about the rise of sober houses in Zanzibar, check out Drug Free Zanzibar  and the work of Suleiman Mauly, a former addict now trailblazing unique programs & networks to help Zanzibari men and women beat addiction.