Judy Blume helped me, too 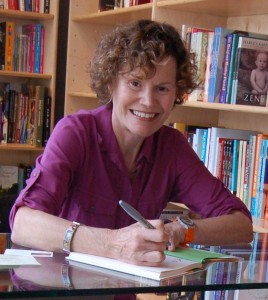 A confession: As a child, while all of my friends were obsessed with the fantasy novels of Piers Anthony and science fiction, I was devouring whatever I could find by Judy Blume. I was an otherwise boyish kid — I rode bikes, played in the dirt, collected comic books. But even then, I preferred realism over fantasy, and Blume’s novels taught me a great deal about the world in which I lived. And just as I wasn’t looking for an escape, I did not secretly wish to be a girl.

Are You There God? It’s Me, Margaret prepared me for the awkwardness and insecurity of adolescence, and I had no desire to grow breasts or menstruate. Iggy’s House sensitized me to the idea that people who looked different than me and my family were still people.

Eventually, sometime during the 5th grade, once I’d exhausted her more age-appropriate novels, I picked up Tiger Eyes. I’ll never forget the image of that book’s protagonist, whose name I have long since forgotten, at a funeral early in the story: It was a hot day, and sweat pooled in her bra, drawing my 10-year-old mind to her teenage breasts in a far more sexual way than Are You There God? It’s Me, Margaret had. I still remember a sex scene in the book, too, and the vivid description of the characters’ pubic hair — hers was darker than his.

I graduated from Tiger Eyes to Forever, which felt even more scandalous to read in the presence of teachers, parents, and friends. Did they have any idea what I was reading?

If they did, they didn’t seem to care, suggesting that 1985 may have been, ironically, a more enlightened time than 2014.

This week, the Telegraph published a piece on Blume’s attitudes about censoring what kids read — apparently a growing trend in our culture’s hyper-paranoid, overprotective approach to child-rearing. She’d be gratified to know that I was left alone with her books when I was 10, and not because I was reading her work.

Blume, now 76, argues that kids will self-censor and simply not read anything that makes them uncomfortable or that they don’t understand. And if they enjoy reading things that adults may consider too “advanced” for them, maybe it’s because those things aren’t too advanced after all, and by reading them, the kids are gaining insight into something they may be curious about but feel uncomfortable discussing with their parents or teachers.

In one, a girl writes that she just finished reading Blume’s 1973 novel Deenie and felt relieved to know she wasn’t the only person in the world who masturbates. But she was concerned: Is it a disease? she wonders. Will it damage her insides and prevent her from having children? Does it make her a “fag”?

C.S. Lewis famously said that “we read so we know we are not alone.” I would only add that we also need to be free to read what we want. After all, that’s how we grow.

Next post: Writing and running hurt, and that’s good

Previous post: Brought to a Boil: An Essay on Experimental Poetry