Never sell your right to speak out 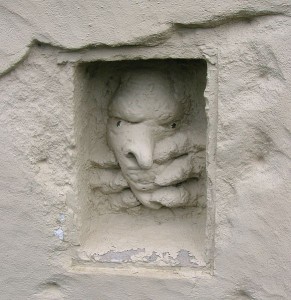 Last week, the New York Times published an article on its website by Will Blythe, the former editor at large at Byliner, in which the author recounts how he was fired from that job and asked to sign a non-disparagement agreement in exchange for two weeks’ pay. He refused. I was once in the exact same position. Except unlike Blythe, I took the bait — at first.

For less than one year, I was the communications director at a small company in New York. I did not apply for the job; rather, the founder had read some of my work in a magazine and he called me one day out of the blue, all but begging me to join the team — which consisted of him, one other semi-fulltime employee, and a bunch of part-time staff.

I would be writing blog posts, social media updates, and content for the website. It wasn’t a full-time gig, but I figured it would give me some useful experience. If journalism was dying, then maybe “communications” — whatever that means — would be my salvation. I didn’t intend to stay there forever, but at least long enough for it to benefit my career. Two years seemed about right.

Ten months later, I was terminated — not for anything I’d done or not done, I was emphatically told, but simply because “the contours of the job had changed.”

And changed they had. I was given a 50-percent increase in hours (and pay to match) because the boss liked my work. I was told write more blog posts. And then I was told to write none. Then I was told to write blog posts again, but only ones about the company and its affiliates, not on topics that would benefit community we served. I was told to write six social media updates per day, and then 10. I was told to stop posting updates that would galvanize our customer base — the boss referred to such updates as “comment bait” — and to use social media solely to plug the company’s services. Never mind that I’d been a professional journalist and blogger for more than a decade. The boss wanted to see a dollar return on everything I wrote, and if he didn’t, he considered it a waste.

To say I was jerked around would be a gross understatement. And the boss, who had courted me with unctuous, snake-oil salesman charm, turned out to be utterly insufferable. He was brash, abusive, and condescending. It was the worst job I’ve ever had, and I’ve been a waiter, a barista, a fact-checker, a factory worker, a demolitionist, a house painter, and a corn detasseler.

I started looking for a way out a mere five months after I was hired. The work I could tolerate; the boss I couldn’t. My only regret is that I didn’t get to leave on my own terms.

Along with my termination, I was asked to sign a non-disparagement agreement in exchange for a little bit of money. By signing it, I would consent to never write or say anything negative about my boss or the organization. Ever. In exchange, my boss would get something infinitely more valuable: my lifelong silence.

I had three weeks to decide.

I used every day of those three weeks to think it through, and I finally decided to sign the agreement. I needed the money, or so I thought. But after I signed the contract, which had a seven-day retraction clause, I couldn’t shake the feeling that I’d been had.

So about six hours before my signature would have bound me forever to silence, I retracted it. My reason, as I now understand, was the same reason that I hated the job in the first place: because I’m a writer.

And despite my absolute distaste for him and the way he treated me, disparagement is not what this post is about. I believe that the company itself is a good company, that it provides a useful service, and that its staff is comprised of decent, hardworking people — the boss notwithstanding. But as Blythe writes, while he has no intention of disparaging his former employer, it’s important to know that he can.

“Giving up the right to speak and write freely, even if that means speaking or writing negatively, strikes me as the unholiest of deals for a writer and an editor to accept,” he writes. “Such a contract has a paralyzing effect on the dissemination of the truth, with all of truth’s caustically cleansing powers. To disparage is but one tool in a writer’s kit, but it’s an essential one. That a company would offer money for my silence, which is what this boils down to — well, I’ve seen many a mob movie about exactly that exchange.”

Blythe adds that non-disparagement agreements are becoming more common in a corporate culture that attempts to silence people under the pretense of moral decency: if you can’t say anything nice about someone, then don’t say anything at all. But he’s quick with a rejoinder: “If a company isn’t strong enough to be reproached, then it simply isn’t strong enough, period.”

And that should never be for sale.

Next post: A New Video from Nicelle Davis and Cheryl Gross