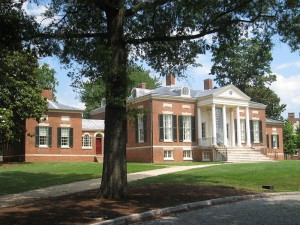 Tom Waits once said, “It’s not that the world is over-populated; it’s just that everyone wants to live in the same places.”

He wasn’t wrong, but his logic was specious. There’s a reason that millions of people crowd into Mumbai, New York, and Beijing: opportunity, or the lack of opportunity in the places they left.

Still, such heavy population creates indisputable strains on the infrastructure of those cities, makes living there harder and more competitive, and doesn’t really work in favor of a vast number of people who try to “make it.” For them, what began as a good-faith effort to improve one’s life ends with a lifelong struggle just to survive.

The same can be said of academia. Maybe it’s not that there’s a crisis in higher education; it’s just that there are too many PhDs and not enough jobs. This leads to myriad problems: a graduate-student stipend that’s near or below the poverty line; a foreboding sense for the duration of your studies that you will be living in your parents’ basement when you finish; the increasing likelihood that if you do get a job, it will be an adjunct appointment; and a host of attendant psychological issues that stem from all of the above.

And yet, scores of people subject themselves to this torture year after year. It’s as if they’ve been brainwashed. (If you think I’m exaggerating, see William Pannabacker’s brilliant 2004 essay for the Chronicle of Higher Education, “Is Graduate School a Cult?“)

Johns Hopkins has an idea: Accept fewer PhD candidates, up to 25 percent fewer over the next five years. Those who do get in will be paid the princely sum of $30,000 per year — it may not sound like much to people in the regular working world, but in academia, with a stipend like that your name might as well be Rockefeller — and the process of getting the degree will ostensibly be more humane. Not to mention the post-degree job hunt. Graduates might actually get full-time jobs!

Naturally, the plan, if implemented, will make getting in a lot harder. Already an elite institution, Johns Hopkins would become über-elite. But even that has universal benefits: If getting into a PhD program were more like getting into Yale Law (also nearly impossible, based on my unscientific, anecdotal observations), then there will be no shame whatsoever in not getting into one. And all of those would-be academics can join the world and find a new career while they’re still young enough to build one.

After all, just as surely as life goes on outside the big city, so it goes outside of academia too. We simply need to reframe how we think of that life.

Next post: Never sell your right to speak out

Previous post: Elaine’s and the New York I barely knew