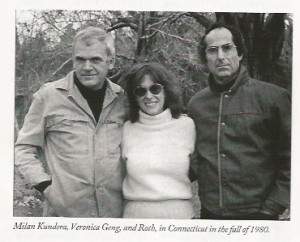 In her book But Enough About Me, What Do You Think of my Memoir, Nancy K. Miller describes reading as an autobiographical act. The books we read help to define us, she writes, and, in turn, they say something about who we are. In other words, you are what you read.

So on this 10th anniversary of Contrary Magazine, I wanted to offer a very brief annotated autobiography. This is by no means an exhaustive list; rather, it represents  a few of the most life-changing, self-defining books (and even a few articles) I have read since birth. Had I never read these works, I’d be a completely different person today — as if I’d been raised by different parents, in a different country, or in another era. Consider this a testament to the power of well-told stories. For many of us, life would be unimaginable without them.

1980: The Missing Piece by Shel Silverstein. This story about a circle whose form is missing a wedge-shaped piece and its search for wholeness has no doubt influenced my approach to life ever since I was a small child: It taught me that life does not have to be about any ostensible goal, but the process of reaching it, with all its unpredictable moments along the way. And sometimes, getting that thing you thought you wanted so badly only proves that you were happier when you were still searching for it.

1981-83: The Little House series by Laura Ingalls Wilder. From ages 6 through 8, I not only devoured the Little House books, but took classes on them at the home of an elderly children’s book author who taught us pioneer-days skills like how to make candles and soap from scratch and churn apple butter. This led to a lifelong appreciation for all things homemade.

1983-85: The novels of Judy Blume. While Blume’s fans tended to be young girls, I read her too — after a day spent riding dirt bikes, playing in the woods, and other more stereotypically boyish activities. My friends read fantasy books, but I loved the stories Blume told for their realism, and I credit those books with nothing less than helping me transition from childhood into young adulthood. They taught me about racial prejudice (Iggy’s House), adolescence (Are You There God, It’s Me, Margaret), and sex (Tiger Eyes, Forever). I’d moved on to other authors by the time I got to Wifey, her notoriously erotic novel that was never intended for the eyes of a 10-year-old boy, surely to the great relief of my parents.

1991: Diary of a Drug Fiend by Alistair Crowley. Crowley’s novel about a young couple who kick heroin and cocaine addiction by psychologically mastering their addictions through “white magic” helped me master my own smoking habit, which I acquired as a teenager, thus allowing me to pick it up and put it down at will, until I ultimately just put it down forever — without any difficulty, and no withdrawal symptoms. I continued to recommend that book to smokers trying to quit for years to come.

1992: The Virtue of Selfishness by Ayn Rand. No autobiography would be complete without some embarrassing details. One of mine is a short-lived love affair with Ayn Rand during my senior year of high school. But she introduced me to the world of ideas, and thanks to reading her, I learned the difference between smart philosophy and simplistic, self-serving crap before I turned 18.

1993-94: The complete works of Franz Kafka. I studied Kafka in a tutorial setting my freshman year of college with a brilliant Kierkegaard scholar. I never realized just how small, or how vast, the mind was until that experience.

1994-97: The complete works of Milan Kundera. Kafka took me into Czechoslovakia, but Kundera kept me there for years to come. From the age of 19 through 22, I had a deeper relationship with Kundera than just about anyone else — friends, family, professors. His elliptical, episodic writing style would influence how I wrote my college thesis and inspire me to consider a writing career of my own. If a Czech political exile could do it, then maybe I could too.

1998: Some article about donuts, the Smithsonian magazine. At age 23, I was a recent college graduate struggling to find his place in the world. I was still living in my college town, Northfield, MN, and working a dead-end job making hoagies at a sandwich shop. One day, as I nursed a cup of coffee at the local cafe, I read a feature about donuts in the Smithsonian that had me riveted. I hate donuts, but after reading that article I applied for an internship at the Utne Reader in Minneapolis, which  not only got me out of my college town but eventually led me to New York and a career in magazines, ghostwriting, and teaching journalism. All thanks to a single article about donuts.

1999-2010: Philip Roth. Throughout my 20s and 30s, Philip Roth was like a second father to me. I applied to graduate school at the University of Chicago after reading his first novel, Letting Go, which largely takes place there. I’ve read almost every book and essay he’s published, deliberately saving a few for sometime in the future, when I’m craving his unique depth of thought and insight. He has taught me as much about writing as he has about life.

2010-13: It’s all about the retrospect. As a famous writer, perhaps one who’d also loved The Missing Piece, once said: “I’ll tell you where I’m going when I get there.”

And wherever that is, I’m sure reading will pave the way.

Previous post: Black and White and Blue All Over