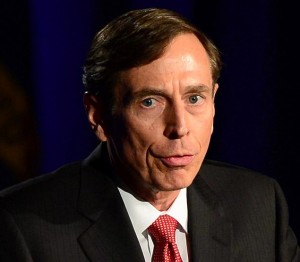 To wit: When the New York Times reported in April that the former CIA director, David Petraeus, had been hired by CUNY to teach a single course in the university’s prestigious Macaulay Honors College, backlash was imminent. It wasn’t just because General Petraeus is a divisive figure, perceived by some as a hero, by others as a war monger, and by others as morally bankrupt on account of his extramarital affair with his biographer, Paula Broadwell. It was because, as Gawker announced, he would be paid $200,000 for the job.

To put that salary in perspective: A typical CUNY adjunct professor, which is exactly what Petraeus was going to be, earns about $3,000 per course, per semester. Over time, that figure goes up, but very slowly. And outside of a select few cases, it never leaves the realm of four figures.  That Petraeus was going to be paid almost 70 times what his “colleagues” earn generated a lot of ire within the halls of CUNY and beyond.

The reaction from the university’s union, the Professional Staff Congress, was swift, led in part by Samir Chopra, a philosophy professor at CUNY. Thanks to Chopra’s efforts, along with those of many other members of the academic community, Petraeus proposed a solution: to have his salary reduced to $1.

Cary Nelson, a professor of English at the University of Illinois, pointed out that when someone like Petraeus is paid that much money to teach a course, it destroys the sense of community that should be at the heart of any college. Ironically, Petraeus himself said that he chose CUNY because of the diversity of its student body. Never mind the fact that many of the Macaulay students are often at CUNY for financial reasons. Admission to the honors program entitles a Macaulay student to free tuition, free room in the CUNY dorm, a laptop, and a travel stipend — perks they will never find at Columbia or NYU.

Chopra considers the outcome a “partial victory,” and I agree. No one should be paid six figures to teach one course at a college whose faculty is 80% adjunct, whose students have to work full-time jobs while taking a full course load if they hope to graduate in four years, and whose job is not merely to impart knowledge (which surely Petraeus can do; he has a PhD from Princeton, after all), but to embody the ethical values being discussed in the classrooms and hallways. If a student knows that one professor is earning a corporate lawyer’s salary for about five hours of work per week (including time outside the classroom), while her other professors are making as little as $3,000, how is she supposed to develop an appreciation for knowledge in its own right? The focus of any college should be on education, not celebrity.

But like Chopra says, it is only a partial victory. A full victory, in my view and I believe in the eyes of my colleagues at CUNY, would be a sign of contrition on the part of the university. Any academic administration that thinks it’s OK to offer someone $200,000 to teach a three-hour course only feeds the culture of entitlement that allows salaries like that to exist in the first place.

It’s telling that it was Petraeus himself, and not CUNY, who proposed the $1 solution. Presumably, the school wouldn’t have — and there’s no indication that something like this won’t happen again. And if the celebrity adjunct isn’t as high profile as Petraeus, it could easily be overlooked.

Next post: Review: In The House Upon The Dirt…