What We Honestly Think 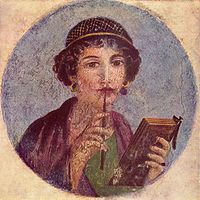 Fortunately, the conversation around the VIDA Count continues online  and because it’s a conversation by and about writing and literature, it’s a lively and intelligent conversation being held by some of the great minds working in literature today. Yay Facebook! This is what awareness feels like. Unfortunately, awareness also brings some lint along with the velvet, as in this post from an anonymous poster on VIDA’s website:

Personally – and I fully realize I may have bias, being a male – most of the work of female writers just isn’t that… good, to me. It doesn’t appeal to me.

Now I think that calling on publishers to ramp up their number of female writers published will not necessarily solve the issue. Quotas are never good for quality. What I think could be done are two things.

One, have writers submit anonymously, only asking for their names once their work has been accepted.

Two, call for more female editors, not for male editors to publish more females. If male editors are anything like me, then odds are they also aren’t drawn by female writing, which may be at the crux of the problem, rather than the very improbable scenario of editors actively discriminating against women (“well I like the work, but it’s by a lady, so no,” said no editor ever), so hiring editors with more feminine sensibilities could see a rise in lady writers.

I’d be very interested in hearing what females think – honestly think – about other women’s writing. Does it resonate more with you? What do you think of its overall quality?

Now it’s true that Twitty McTwitter is a bit of a dolt, and some out there are really hoping it’s just a provocation from some bored undergad and not actually an editor at a glossy. I knew of someone in academia who claimed he “didn’t read the ladies.” It isn’t new, the open and confessed hating of words out of women. Twitty, though going about this all wrong, is clearly a simplistic thinker with his masculine sensibility and his superior man writing, but he points to a kernel of anxiety that goes largely unvoiced about the VIDA Count and the act of championing women’s voices in literature. Editors who didn’t fare well in their VIDA count probably feel somewhat in concert with his fear of “quotas.” If Contrary’s numbers had been poor, I’d probably feel a bit defensive myself. Our numbers were great, but it’s more than just about scoring well by accident, it’s about an overall consciousness, a governing intelligence, a promise to always strive to challenge blind spots.  It’s not a quota, but a way of reading that is open and focused on the readers and on the literary community. This nice little phrase is going around post-AWP and I like it: being a literary citizen. Citizens show up, contemplate, participate, and comment. They shape the soul of their community with their thoughts and expressions. And being a good one means not so much that anyone for any reason gets a pass because of an accident of biology, but everyone who works for it is invited.

So, naturally, there’s a bit of backlash against McTwitty. And there should be: can anyone get away with the implication that women suck at writing? No. And if he’s for real, he’s probably not going very far as an editor, either. But I think he probably is speaking for a large, silent group of people who aren’t likely to speak up for themselves. He’s a scouting doe for those who think their pubs are fine without those girly stories messing in their boyness. The truth is, Contrary without the great women who let us publish their words isn’t Contrary. The women we publish add to our quality and consistency as much as the men, and for that we are so grateful. We want more of that. Are our numbers great because two of our editors are women who like lady words? Nope. It’s because half of what we know to be great out there is coming from women. It’s true at your pub, too, Twitty. Just look a little deeper.

Next post: Perks of being a English major (and cineaste!)