Perks of being a English major (and cineaste!) 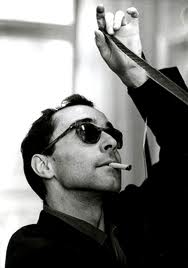 These 31 perks of being an English major are by turns self-congratulatory and just plain funny, but they strike me as being just a few among many. And given that a lot of English majors also take film classes now, I’d like to extend the list into the realm of cinema studies.

So with that in mind, I add these six perks of being an English/film major. Care to add some of your own?

1. You can articulate precisely what makes Steven Spielberg movies so annoying.

3. You know how to use the word “diegesis” in conversation. And that’s an enormously useful skill to have.

4. You get to hate the Academy of the Motion Picture Arts & Sciences (the people who give the wrong movies Oscars every year) even more than the average Joe.

5. You actually understand the films of Jean-Luc Godard — or at the very least, you’re capable of faking it.

6. You always get to go to the movies alone, because no one ever wants to see the movies you want to see and vice versa. What fun!