In her fall from dot-com grace, Jennifer Sultan makes me consider my own 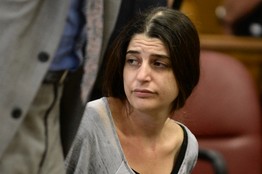 Whatever happened to all those dot-com millionaires?

That question comes up a lot, and you’d think I’d know the answer. A little over a decade ago, I spent one year in the middle of the dot-com party, right before reality swept in and flipped on the floodlights. I had just arrived in New York, and I was only 24 years old. But because I’d fallen more or less by accident into a job writing for the one magazine in New York that covered dot-coms, I was treated like royalty by everyone who wanted some ink. And that was a lot of people.

I went to events almost every night of the week, celebrating the launch of a new company, a new round of financing for one six months old, or in one particularly ostentatious case, the 10,000th subscriber to an Internet-service provider. That last one took place at the Hammerstein Ballroom, with ice sculptures and caviar galore. The entertainment was a live performance by the Neville Brothers, and as I watched the band, I noticed that Keith Richards was standing directly behind me.

By the fall of 2000, though, no one was throwing parties anymore. Companies were selling their computers, laying off staff, and moving into smaller offices. Some were outright imploding. And I, like so many others like me — 20-something, living the dream-life that outrageous sums of instant, unearned money creates — was suddenly out of a job.

I’d walk around my Lower East Side neighborhood feeling unmoored, anonymous. It would take months for me to realize that the life I’d been leading hadn’t been mine at all, but one I’d borrowed for a short time — just long enough to get used to, and even tire of.

Fast-forward 12 years. One of those dot-com millionaires now sits in a cell on Riker’s Island on drug charges, having lost nearly everything in the sort of business deal that dot-commers know all too well. Jennifer Sultan founded a live-streaming Website at age 25, and then she sold it for $70 million. But like so many dot-com fortunes, the money wasn’t real: it was mostly in stocks. And those stocks plummeted that fall, and continued to nosedive into 2001. By 2002, only a few dot-coms from those heady days of caviar and ice sculptures remained, and those are the ones you still hear about today.

Sultan’s foray into dealing prescription painkillers has been well documented by the mainstream press, so I will not rehash the details here. Suffice it to say that she was desperate for money, but she was arrogant too. Spoiled by all those parties and her $7 million loft on East 17th Street, it appears that Sultan was simply unwilling to work for a living.

For me, Sultan’s arrest brings back a lot of memories, many of them positive, of the year I got to party with Keith Richards, eat caviar, and ride around in limousines on a salary of just $32,000. But it also gives me pause to think about all those people I knew who seemed to have struck gold, and how none of it was real for them either. Except they had much further to fall.