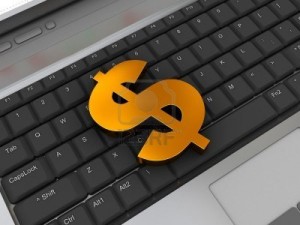 Not long ago, a middle-aged man made a great deal of money by selling book reviews directly to authors and publishers. He realized that — surprise! — people like it when you say nice things about them, and in many cases, are willing to pay for it. So he started a business writing positive book reviews, and was soon raking in nearly $30,000 per month. He hired other “reviewers” to do the same, and kept them in the flattery business, not the criticism business, by issuing a warning: if they didn’t give a book five stars, they’d make less money.

If you think this sounds like the basis of a farcical drama, a dystopian tale of an intellectually and morally bankrupt world not unlike our own, you’re right: it does. Except it’s real. The man is Todd Jason Rutherford, and his business — GettingBookReviews.com — enjoyed a short-lived but highly profitable position in the pseudo-literary world from 2010 to 2011. His stroke of genius was, quite simply, that he could make money by telling people what they wanted to hear. That he did this under the guise of “criticism,” however, may be a death knell for the whole critical enterprise. Or could it?

For years, we’ve known that businesses will pay people to write positive accounts on Yelp and other online review sites. But there’s a big difference between getting duped into staying a certain hotel in Miami and investing your time and thought in book. Right?

Maybe not. Whether you’re reserving a hotel room or deciding what to read on the beach, you have but one goal: to choose correctly. Doing so is on you, and your ability to discern inflated praise from fair, critical assessment is paramount. If you can’t do that, will you even notice if the hotel is subpar, or the book terrible?

Still, the existence of sites like GettingBookReviews.com, which got its comeuppance last fall when Rutherford took money from a young author and then neglected to publish a review of her (probably terrible) book — a series of diary entries about how much life sucks — remains worrisome. If dystopian novels and films have taught us anything, it’s that humanity devolves slowly, not in an instant, and that if we don’t resist our own intellectual demise, we will become the characters in Idiocracy, Mike Judge’s film set 500 years in the future, when the Academy Award-winning film is called Ass, and consists of one shot: a man’s butt, emitting noises that send the audience into hysterics.

Previous post: “The story loses everything when you try to put things in service of a theme.”