Searching, in vain, for an authentic experience 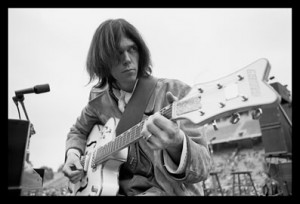 In 1995, when I was 19, I drove from my hometown in Illinois to Washington State, where I had a job cooking for the summer in the Cascade Mountains. I gave myself a week to get there so that I would rarely have to take an Interstate. With a battered road atlas on the passenger seat, I navigated my way through the small towns and vast, empty expanses of the American West via country roads and two-lane highways. For a good deal of the trip, my soundtrack was Neil Young’s Decade.

I was a smoker back then, and I rolled my own. I camped every night of the trip, rising early and making coffee over the fire. All these years later, I can still remember the sense of freedom and possibility I felt as I discovered the hidden corners of Wyoming, Idaho, and Oregon. I saw buttes rise in the distance and morph into mountains. I saw electrical storms that blazed red, orange, and blue. I saw the country as few ever do: alone, through young, fresh eyes, with time to spare.

It might sound cliche, but Neil Young was a big part of that. He wasn’t much older than I was when he recorded Decade, and though we were separated by 30 years, I felt a definite kinship. He helped me come of age.

Maybe I was trying to recapture some of that yesterday, when I went to see Neil Young: Journeys, a new documentary by Jonathan Demme that was shot during the final two nights of Young’s 2011 solo tour, at Massey Hall in Toronto. It was the same venue where Demme filmed Young 41 years earlier in making the now-classic Journey Through The Past. The new film was billed as a homecoming, and I was easily the youngest person in the theater. All around me, baby boomers snuggled with their partners, chuckled at Young’s folksy comments, and nodded along with the songs.

And I walked out after 45 minutes.

It wasn’t because I disliked the music, or even the way Demme filmed Young onstage. Young’s voice, miraculously, is as golden as ever, and Demme clearly loves his subject. But I sensed desperation: in the film, in Young’s performance, and even in the expectations of the people around me. Everyone there, myself included, was trying to recapture Neil Young — that is, what Neil Young means.

For me, Neil Young means an endless expanse of time and possibility, stretched out before me on an open road through burnt-sienna mountains and sage brush deserts. For the people in the theater, he means something else. But for all of us, those things are long gone, and 87 minutes at a movie theater in Lower Manhattan won’t bring them back.

Yet, I’m the only one who left, and I wonder why. Is it possible that they were genuinely enjoying the film? Were they not simply living in the past, but immersed in the moment of watching a 66-year-old man crooning decades-old songs about vulnerability, young love, and late ’60s unrest? Did they like how he mangled his lyrics from some of those songs to squeeze them into the 21st Century? Were they having an authentic experience?

Maybe that’s asking too much. Maybe they were simply there on faith, believing they could still be moved as they once were, regardless of how much time and distance separates them from when they, too, were vulnerable and young.

Me, I’d rather just listen to Decade and remember driving out west when I was 19.