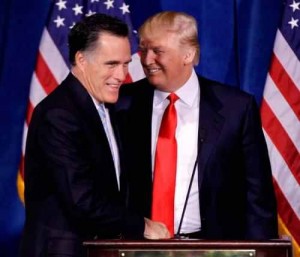 Mitt Romney has declared one of his first promises as a would-be president, to provide children the opportunity to attend any public school in the state in which they live without additional cost. This means, theoretically, that a kid in one district could go to school in another one, provided there’s room for him there. The big deal, though, is that city kids will be allowed to attend schools in the suburbs.

In the New York Times, James Ryan described the move as “far to the left of Obama.” How so? Sure, a kid from a crappy school district in central Brooklyn can venture out to some tony hamlet on Long Island for school, but what about his crappy school back in the ‘hood? As all the most ambitious students leave, it’ll fall further into ruin, neglected, like a broken egg shell, its teachers becoming ever more disgruntled. And there will still be students there, those who couldn’t leave, needing an education.

There will be no exchange — of students, of socio-economic groups, of cultures — in this scenario. The smartest kids from the city will flee to the suburbs, and the suburbs will remain at arm’s length from the city. Kids in the suburbs aren’t going to choose an urban school with poor funding and metal detectors over the one they already attend.

In the 1960s and ’70s, whites fled the city for the suburbs in what’s become pejoratively known as the “white flight.” What we’ll have on our hands if Romney is elected, and if he fulfills this campaign promise, will be no less damaging. What he’s proposing is not liberal; it threatens our cities with urban brain-drain. Call it “smart flight,” and if history has taught us anything, we should fight it now.