Henry Miller, the Caribbean, and me 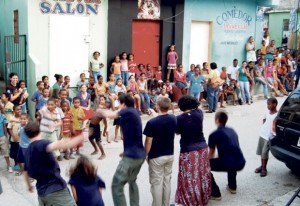 It’s been 70 years since Henry Miller wrote his scathing critique of American life, The Air-Conditioned Nightmare. After more than a decade in Paris, Miller returned home to the United States and traveled across the American south towards California. He was largely appalled by what he saw.

But you could argue that Miller’s life as an expat began long before he ever left America. As a Brooklyn-born writer during a time when working-class New Yorkers rarely ventured beyond the five boroughs, and almost never relocated, Miller was never exactly of America. Even today, New York City feels like an island off the coast of America — the recent influx of Targets, Home Depots, and Olive Gardens notwithstanding.

I read The Air-Conditioned Nightmare when I was 17, on a cruise in the Caribbean. I didn’t want to go — so bourgeois! — but my parents offered and I reluctantly said yes. My father, a former Navy officer, loved cruises because they afforded him the chance to again contemplate the open sea at dawn, puffing at his pipe and breathing the fresh, salty air. My mother enjoyed cruises because of the ports — exotic Caribbean locales where she could speak French and buy batik scarves.

I assented only because I wanted to see Jamaica, which I thought would be “interesting.” But I was a rebel, and had no time for the cruise-ship indulgences, so I sat in our cabin and read Miller’s book, only occasionally venturing outside to the decks, where I witnessed Miller’s account in full force: conspicuous consumption, indeed.

When we docked in Ocho Rios, Jamaica, I promptly left the part of town that had been carefully designed for tourists. I was there to see the real Jamaica. Four hours later, I returned to the boat, having been held hostage, robbed, and threatened by drug dealers in a small shack alongside a thick jungle. That’s what my curiosity, my desire to have a Henry Miller experience, got me.

I was shaken, but I don’t regret my decision, naive as it was, to wander into the seedy, working side of Ocho Rios. I’ve seen a part of Jamaica that most tourists never will, and I’ll never forget it.

Today, I will board a plane to Santo Domingo, Dominican Republic, for a wedding. We will stay in a 16th Century villa in the heart of the city, 45 minutes from the beach. I have only  a vague notion of what to expect of Santo Domingo, but I already know it will be a big, dirty city. And I’d have it no other way.

I’m almost 20 years older than when I first read Miller’s travelogue, and I’ve matured a lot since then. But I haven’t changed my attitudes about travel, at least not fundamentally. If you want a resort, you can go to South Carolina, or Florida, or Virginia. When you leave the country, why not leave the country?