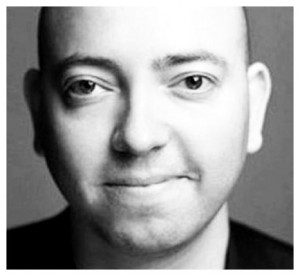 When Greg Smith resigned from his position as an executive director in the London office of Goldman Sachs on Wednesday, most people didn’t know who he was. He was a midlevel investment banker at one of the largest investment banks in the world, with more than 30,000 employees. Apparently, in the I-banking world, “executive directors” are “midlevel” — the term was used in a New York Times article about Smith’s resignation — and there are scads of them — 12,000 according to the Times.

The Times further indicated that Smith was considered “midlevel” because he didn’t make that much money “by Wall Street standards.” His salary as of Wednesday was around $500,000 a year. There’s even speculation among some in the financial industry, including at Goldman, that Smith only resigned because he was bitter about not being named managing director, a counter-intuitively more prestigious position. (In most industries that I’m aware of, “executive” trumps “managing.”) There are only 2,500 managing directors, and presumably, they make a lot more than half a million per year.

In case you don’t follow financial news, Greg Smith quit via email at 6:40 a.m. London time on Wednesday, 15 minutes before an Op/Ed he’d written about why he was quitting would be published in the New York Times. In that article, he publicly criticized his bosses, by name, and called Goldman Sachs out for its shark-like business methods. By Wednesday morning, Smith’s name was being thrown around throughout the financial industry and beyond. I heard about him on NPR. Other media outlets soon picked up the story, and by Thursday morning, his article, titled “Why I am Leaving Goldman Sachs,” was the topic of a front-page story in the Times.

Smith quit because he could no longer look people in the eye and tell them that Goldman Sachs was a good company to work for. He wrote in his letter that he’d grown tired of the hypocrisy and greed at the company, where the only priority is making money for Goldman, clients be damned — despite Goldman’s outward message of being “client driven.”

Goldman’s stocks plummeted 3.5 points on Wednesday as a result of Smith’s letter. The entire company is scrambling to save its public image, assure clients of its loyalty and dedication to their money, and generally put a dam on the tidal wave of criticism that Smith levied against his former employer.

Will it work? Will Goldman have to answer to Smith’s allegations? Perhaps. But perhaps no one will care, and by this time next week, Smith’s 15 minutes of fame will have been just that: 15 minutes.

Here’s my wish: More Greg Smiths to take a stand against corporate hypocrisy and greed, even if it means ruining their careers in the process. Only then will change — real change — occur. And maybe — nay, probably — once the dust has settled, those who “threw their careers away” on principle alone will be hailed as champions. They’ll be the ones who brought down a system that was keeping a few extraordinarily rich at the expense of the many.

But please don’t mistake this for another Occupy Wall Street-style rant. I know it’s easier said than done, that it’s hard to walk away from a job, and that no one wants to commit “career suicide,” to borrow a term used by some to describe Smith’s actions. But major cultural change has never come easily. And besides, despite what I-bankers and hedge-fund managers might think, you don’t need that much money.

Most of us are living proof.

Next post: The urge to write meets the blue day