An education, not a credential 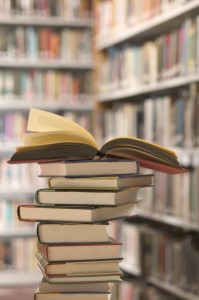 Imagine taking a class on n on-Euclidian geometry. Now imagine that your professor doesn’t know anything about geometry at all, let alone an obscure, archaic branch of it. Inste ad, she h as a PhD in art history. But imagine, too, that this is an extremely rigorous class, at one of the oldest colleges in the country, famous for its emphasis on the Great Books.

If you know your American liberal-arts colleges, you know the school is St. John’s, in Annapolis, MD, and that the professor is probably do ing a pretty damn good job of teaching non-Euclidian geometry, despite her lack of knowledge or training in mathematics. If you don’t know St. John’s, you’re probably wondering how in the hell someone without any background in a subject can be qualified to teach it, especially at a prestigious college more than 300 years old.

In today’s New York Times, an article about St. John’s explains how: by relying on the students as much as the teachers. In classes at St. John’s, professors act as facilitators, and the students, who take the same 16 courses over the course of their four years at St. John’s, learn from one another as much as from their textbooks and teachers. It’s a community of schol ars, in which knowledge is born of ignorance. The “sage-on-the-stage” model of most academic environments is replaced with the “guide on the side.”

I first learned of St. John’s when I was college freshman doing a tutorial on Franz Kafka with a philosophy professor who had received his B.A. there. That professor set the tone for my college career. He was brilliant, inquisitive, and almost childlike in his love of ideas. Though his expertise was in Soren Kierkegaard, the Danish philosopher, he was the perfect guide with whom to read Kafka and related thinkers. He was my first truly great teacher.

He ended up marrying a math professor at the same college, and I remember one night, early in their courtship, seeing them engrossed in a lengthy conversation about triangles.

With all the recent talk of education becoming too focused on the credential, and not enough on hard-to-quantify intellectual skills, the St. John’s model stands as a beacon of hope. The real test, of course, comes when its graduates enter the job market.

Does the world still have a place for people who have studied, essentially, how to think ?