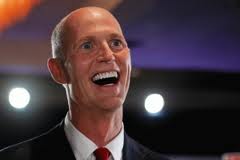 Right now, our representatives and senators and president are engaged in talks over the debt ceiling, the national budget, and how to end the pernicious recession that has lingered over a sizeable chunk of this writer’ s adult life. People are out of work, and the economy is in the toilet. Is this the way it’s always going to be?

When Obama was elected in 2008, I, like many liberals, was ecstatic. I thought he would institute a program of public works a la FDR that would get people employed, restart the economy, and end the dire economic situation of our country. I’m not going to say he didn’t try. For example, he provided massive funding for increased train transportation, which would have provided who knows how many jobs (building train tracks, building train cars—there’s an empty passenger train factory in Milwaukee, Wisconsin waiting to start production), and decreased our dependency on foreign oil, and on oil period (remember global warming?). Many states, including Wisconsin, where I grew up and where I will be returning to live in a few weeks, and Florida, where I’ve lived for the past five years, have Republican governors who rejected those funds, thus rejecting job creation and advancing job destruction.

In reality, the holy grail of private sector job growth is stagnating under a stunted economy and broken tax code (broken in that it fails to adequately tax the wealthy). And instead of creating jobs, Governors like Rick Scott of Florida and Scott Walker of Wisconsin are destroying them. They are Job Destroyers. They lay off thousands and public sector employees, make cuts to education, and generally make what is already a bad situation worse. We can’t grow this economy by slashing public sector jobs.

As sole chairwoman of the Robin Hood Party, I say shame on you Job Destroyer Rick Scott, and shame on you too Job Destroyer Scott Walker. My party-within-a-party, the Robin Hood Party, has remained silent for the last three months, but, given the recent deadlock over raising the debt ceiling, and the cutting of even more public sector jobs, I feel the need to speak out, and to remind Americans that the patriotic Robin Hood Party’s platform of raising taxes on wealthy Americans to create public sector jobs, fund public schools, universities, libraries, parks, and arts programs, would not only create jobs, but also create Americans who are happier, better educations, less afraid of economic collapse on a personal and national level, and better equipped to be global citizens in a new millennium. And, we’ d also be able to pay our national debts with our increased tax revenue.

Next post: A Book I Can’t Stop Thinking About