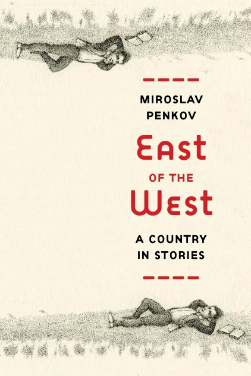 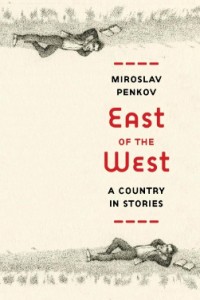 Generally speaking, unreliable narrators tend to stump student readers, naïve and experienced alike. While bookworms notice implicit characterization, ponder subtle themes, and discern the meaning of motifs, they often believe they can trust a story’s narrator. In the two times that I have taught Miroslav Penkov’s story, “Buying Lenin,” not one student has second-guessed, or at least done so aloud, the reliability of Penkov’s first-person, college-aged narrator.

Penkov’s newly released story collection, East of the West, abounds with inexperienced, confused, distraught, and aging narrators—in short, narrators who lack access to truth, and who, in their perplexed musings, threaten the very idea of a singular truth. Yet Penkov doesn’t explicitly portray his unreliable narrators as undependable; unlike William Faulkner’s notoriously biased, unwell, and volatile narrators, as exemplified in The Sound and the Fury, Penkov’s offer the illusion of stability, as they bestow wisdom on their fellow characters and conceive of marvelous plans. It is only in focusing on Penkov’s representations of his narrator’s consciences that a reader realizes she cannot trust the “I” who narrates. By making us privy to his narrator’s most intimate thoughts, Penkov not only shrinks the psychic distance between character and reader, but also endears the reader to his precious and precocious storytellers.

“Buying Lenin,” a story that Penkov altered drastically since its publication in the 2008 edition of The Best American Short Stories, funnels dichotomies, West versus East and capitalism versus communism, into two main characters, the narrator and his grandfather. A tale of ideals found and lost, “Buying Lenin” captivates the reader with nostalgic flashbacks, astute detail, and telling allusions to the volumes of Lenin as well as to his bodily remains.

I did not expect to stumble upon an auction for Lenin’s corpse.  CCCP Creator Lenin. Mint Condition, it said. You are bidding for the body of Vladimir Ilyich Lenin. The body is in excellent condition and comes with a refrigerated coffin that works on both American and European current. The Buy It Now button indicated a price of five dollars flat. (72)

The title story, “East of the West,” which begins with the chronological conclusion of the series of events, reverberates all the more powerfully for doing so.  Again, Penkov creates doubles: a river divides Serbia from Bulgaria, West from East, and lover from lover. While other stories juxtapose the East and the West, this one centers not on one side or the other, but on the very fact of their division. The grass, we learn, is always greener on the other side, as the Serbians long for a lost heritage and the Bulgarians for denim jeans.

Although the traditional bildungsroman assumes the form of the novel rather than the short story, East of the West appears bildungsromanesque. One gets the sense that the characters who populate these stories represent a composite character, of sorts, who grows up and tries to find his (or her) way in a world of splintered hemispheres. Penkov’s stories offer upsetting and beautiful vignettes of life stages, including growing up, losing family members, caring for disabled siblings, adjusting to a culture other than one’s own, falling in love, having children, and losing love. At once distressing and startling, intricately crafted and gracefully written, Penkov’s collection itself serves as a guiding narrator, a means of safe transport into and across a fractured world.