Jaycee Dugard has a memoir, and it’s all her 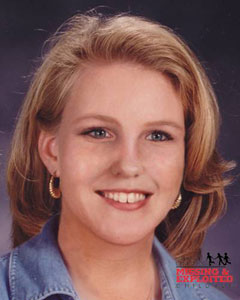 It’s a life I can hardly fathom: being held captive from the age of 11 to 29 in a walled-off compound behind a modest house in the Bay Area. Giving birth to the children of your captor, a man almost 30 years your senior. Teaching yourself to read with old paperbacks, read over and over again.

Maybe such a life is unfathomable, but it’s not unimaginable — at least not for long. Jaycee Dugard, the now-31-year-old woman who grew up in tents behind Phillip and Nancy Garrido’s house in Antioch, California after they abducted her in 1991, has written a memoir. It will be released on July 12th.

My first reaction to this news, which her publisher, Simon & Schuster, announced on Monday, was a mixture of intrigue and cynicism. Does everyone have to write a memoir these days ? I thought. But then I read the final line of the Times‘ blurb about the book: she wrote it without the help of a ghostwriter.

My cynicism melted away and I was simply intrigued.

I’m very curious about this — not only about her story, but how she tells it.