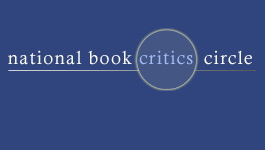 Cynthia Newberry Martin is most recently famous as the Contrary blogger who set the internet afire when she challenged the LA Times coverage of the National Book Critics Circle awards.

But Cynthia excels at many things. She has written some of the most powerful and most popular fiction we’ve published. This story made people cry. This one filled them with wonder.

And she writes such crystalline book reviews that NBCC honored her most recent review—of Heather Newton’s Under the Mercy Trees—in their Review-A-Day feature, hosted by Powell’s Books. Here’s a snippet and a link:

Searching for Who We Are

A review by Cynthia Newberry Martin

I once stood at my grandfather’s knee, watching him do tricks with rocks. Later I backpacked by myself in France. I married at twenty, became an attorney in a high-powered Atlanta law firm, then the mother of four. With one friend, I walk and talk; with another, I hike mountains and go to clubs in San Francisco. In Mary Gordon’s novella, The Rest of Life, the old woman Paola searches for the wick running through her life that makes her “the same person who was born, was a child, a girl, a young woman, a woman, and now she is old.”

Bertie, however, one of four point-of-view characters in Heather Newton’s debut novel, Under the Mercy Trees, prefers to focus on the mystery of how different we can be

via Review-a-Day – Under the Mercy Trees by Heather Newton, reviewed by Contrary Magazine – Powell’s Books.

Congratulations, Cynthia. You can learn more about Cynthia at her personal blog, Catching Days.