Who should run our schools? 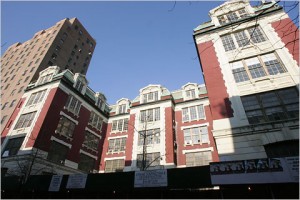 In New York City, where I live, the public school system has long been a logistical quagmire. It’s the largest in the country, attempting to educate 1.1 million kids at 1,700 different schools with an $80 billion budget. (All facts are from the Department of Education’s website.)

It also has a pretty high dropout rate: nearly 40 percent during the 2008-2009 school year. Add to that a nearly 20-percent truancy rate in the city’s elementary schools, and the picture dims even further.

I get the kids who make it through the gauntlet and reach one of the city’s top-ranked public institutions of higher learning, Hunter College. Hunter is a like a one-room schoolhouse. I have tremendously bright, talented students, and I have some who have yet to learn basic rules of written English. (I teach writing.)

It’s not all their fault. Something clearly isn’t happening in their primary and secondary educations.

So when Mayor Bloomberg fired Cathleen Black, his brand-new chancellor of schools last week, and nominated Dennis Walcott, the city’s deputy mayor for education and community development, to replace her, I rejoiced. While Black had never worked in education or attended a public school in her life, and sent her children to private schools, Walcott is a product of New York public schools. He also taught kindergarten at one, and is an adjunct professor at York College, part of the CUNY system.

Politically, Walcott makes sense. Black never did. Still, I have to wonder if he’ll be any better than the city’s previous chancellor of education, Joel Klein, at keeping all those 1.1 million kids from falling through the cracks.