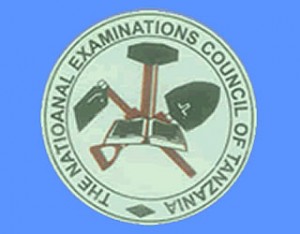 Is there really beauty in failure? We sometimes romanticize failure as a kind of revelation. Honey in the garbage heap, lesson in the crease.

But lately I’ve been thinking about schooling. We advocate a certain kind of failure, risk, and experimentation as essential pedagogical values in the progressive classroom, and that’s beautiful.

But I’m talking about systems, a nation’s educative task. Is there any beauty in a nation’s failure to fairly educate its young people?

While living in Zanzibar, an island whose education policies fall under a broader Tanzanian system, I can’t help but follow what’s happening in the U.S. right now, and draw startling parallels, at least when it comes to failing schools.

President Obama and Arne Duncan announced recently that 82% of America’s schools are failing, calling for massive reforms to the No Child Left Behind Act. Meanwhile, in Tanzania, it’s really no secret that an unwieldy number of students fail their Form IV exams every year, casting them off into a stormy sea of decisions that for many, simply swallow them whole with self-doubt and anxiety about the future.

In February, Tanzania’s Guardian Reporter described last year’s 2010 Form IV exam results as a “national disaster,” blaming the typical suspects for far-reaching failure in both urban and rural districts, on the mainland and in Zanzibar (the islands of Unguja and Pemba).  The failure rate had risen over 50% since last year.

The unofficial word on Zanzibar streets is that Tanzanian mainland corruption is to blame for even higher failure rates on the island. Many people I’ve talked to claim that Tanzania’s National Examination Board is biased and therefore publishes false results for Zanzibar.

It seems like with immense resources (America) or with fewer (Tanzania/Zanzibar), the very notion of national schooling is failing young people everywhere who, for the most part, just want to live a life defined by dignity and possibility.

Zoom in for a second on Salha, my neighbor and friend, who eagerly asked me last month if she could come over to my house to access 2010 Form IV test results online. She and her classmates were in a frenzied state over their test scores because they know that their futures depend on it. Once you fail Form IV, it’s unlikely that you’ll continue your education, unless you can find the means to take the exam again, or muster up an alternative dream.

The internet connection was so jammed that night with eager seekers that we could barely access the site. Salha didn’t feel comfortable using my laptop, so she hovered over my shoulder and insisted I keep checking. This went on until midnight. We kept getting the same message until morning, when finally her school’s results were revealed.

I printed out the results at my office and carried them back to the neighborhood that evening, presenting them to Salha and a cluster of other anxious family members and classmates who huddled over the results as Salha slid her pointer-finger down a long row of names until she reached her own. She slid her finger to the far right, only to read that she had, indeed, failed. She would not be going onto Form Five. She’d been banished from her nation’s school system. Her reaction: nonplussed.

Like so many students around the world (in all worlds, first, second, third — those numbers, meaningless, really), Salha’ s a bright girl who se national testing system had failed her. The Form IV exam is a nightmare of triumvirate languages: English, Arabic, and Swahili. It asks young people to move gracefully through a series of questions written in primarily in a language (English) in which they have not yet truly formed identities. Though English is currently the national mode of instruction, Swahili is the duelling second language in which most Zanzibari youth first get to know themselves, their country, their cultures.

Most Tanzanian schools attempt strict English-only policies, but more often than not, teachers are not confident English speakers and therefore end up teaching in Swahili, with English being only cursorily addressed as a subject, and not necessarily as an embodied language. Imagine (if English is your first language, and you’re American) taking the ACT’s or SAT’s in a totally different language after having say, a semester of said language, and then having your college fate hinged on the results of this test.

Two summers ago I worked as a teaching artist with the International Theatre Literacy Project in rural northern Tanzania, just outside of the city of Arusha, otherwise known as A-town (www.itlp.org). Founded by theater advocate and educator Marianna Houston, from New York, ITLP’s mission is to strengthen English language and literacy skills through the literary and performing arts. For eight weeks, my colleague and I, Lee Sunday Evans, a New York theater artist, worked with Form IV students to facilitate the writing and production of an original theater piece to be performed for the community.

Just months away from their make-it-or-break it national exam, our students struggled with English language skills, especially when it came to critical thinking, inquiry, creativity, and self-expression. Theirs was a text-book style English that felt rehearsed, antiquated, and detached from their vibrant and varied personalities, which were revealed slowly throughout the rehearsal process.

Our students ended up producing a brilliant, mythical performance about a young girl who seeks answers a journey through a “forest of questions,” but it was with absolutely no help from their English classroom teacher, Ms. Hilda, who often felt more like a shy student than a teacher with the self-confidence to motivate her eager but taxed students, whose lives were full of contending responsibilities.

Many lament the deep fall out of this languishing language debate. Maybe improved English instruction in Tanzanian/Zanzibar schools is the revelatory solution, but it’s not the only one, and certainly not the least loaded. To scratch at this scab is to irritate a policy debate that clangs and clashes with a contested regional history of colonialism and power – a narrative dotted with language wars and border disputes. It’s a debate that effects the real time lives of everyday students wanting to make their parents (and their presidents) proud. It’s an IMF debate. It’s a development debate. It’s a religious debate. It’s a debate circumscribed by good intentions and theories of change.

And meanwhile, another year goes by feeling like the entire nation is failing, has failed their young, and will continue to fail if we don’t call out the potential fraud behind these apparent failings. I could be talking here, it seems, about Zanzibar or America at this point. See what I mean ?

I’m not the first to announce that the test-obsession itself is flawed. My education friends can rant and riff off this idea way more eloquently than I. But I do know that a test can’t possibly reflect the inner questions and dreams of a nation, measure the hidden beauties and talents of young people who manifest mad categorical skills that defy curricular goals. It’s not a secret that a nation’s irrational emphasis on a single or several tests to determine a young person’s fate is simply code for class war.

Where are the sirens ? The national crisis (America, Tanzania, wherever) is not that a majority of students are failing, but clearly that public adults, and the systems we’ve built, the values we’ve espoused, are failing our students. And there’s nothing beautiful about that.

A few weeks ago in Stone Town, I had to make a trip to the central post office. When I arrived, a sea of young students were flooding its gates, making it nearly impossible to enter. Young ladies wearing a rainbow of brightly coloured headscarves — hot pink to lime green — with black bui-bui’s over Western style jeans and shirts, stood waiting in clusters of increasing misery, the hot Zanzibar sun beating down on their disgruntled faces. Boys, too, though fewer, were dressed in nice professional gear, carrying notebooks and backpacks. Some had slunk down onto the steps, resting their heads on the nooks of their arms, leaning on each other.

They were all waiting for the chance to purchase a new Form IV exam. All of these students — I’d say over three hundred — had failed their national exams.

Most students waiting there that day, sitting on the ground, leaning against the walls, standing in tight-knit circles, were willing to pay out of their own pocket to take the test again, to get another shot at passing so that they could go on with their studies. But hundreds of other students couldn’t afford the test and must scramble to figure out a future far-flung from the national promise.

Salha considered signing up for a sewing course, but lacks fund necessary for tuition and registration. For now, she helps out her family by selling cigarettes one by one out of a wooden box at the local park. It’ s one hundred shillings per cigarette. That’s like, .06 cents per smoke.

Seeing these students waiting in there in the hot sun with their one goal being to register again for a test they failed (but that continues to fail them) was a heart-breaking scene. To make matters worse, they’d run out of enough forms for all the students who wanted to register, and that’s why they were waiting. They were camped out, determined.

As Obama continues to urge congress to “fix” NCLB, the movement is not so organized here in Zanzibar, where bewildered students, parents, and teachers lament the situation, but don’t have a systematic, national movement  to confront it. While there is good work happening here, as in the States, to counter the destructive or just downright irrelevant policies that shape education in either place, little is done to yank nails out of the shaky structure we call national education, to rebuild, start over, get honest.

In America or Zanzibar, we’d have to twist our logic, wring out the test-obsession, turn it inside out, reveal its flaws and inadequacies, acknowledge the great sea change of collective action necessary to unearth the talent of a nation, any nation, any where.

Salha, like so many other young people across two oceans in America (and around the world) are not failures, but live within failed systems that set them up for failure. If there’s any beauty in failure, it’s the beauty that comes from holding up a collective mirror to our contrarian notions of winning, and determine then, to examine the exam.

Previous post: You gonna let that goon push you around?