Brought to a Boil: An Essay on Experimental Poetry

“All poetry is experimental poetry.” 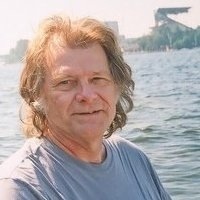 Turning words into art is unnatural. It begins with a contrary attitude. It says, I am unhappy with the way things are and desire to make things different. Rather than represent the world, I will make something wildly and savagely new. I will defy logic. I will invest in new perceptions. I will combine and recombine and fabricate and juggle until something that I have never experienced is experienced. The process is alchemical. The process is violent. It goes to the heart of creativity. It disrupts and shatters. It is splendid with provocation. It is an aggression against banality. It is sharp and loud like a janitor scraping frost from a window. The hectic bounce of steam on a street after a truck roars by. The anarchy of waterfalls, the comedy of the face, dangerous feelings vented from a cage of skin.

Language is inherently hedonistic. It cries for experimentation. Remember: language is a social medium, it’s public as an airport, universal as air, but occupies a realm of cognition not unlike hallucination. It is a brutally delicate mechanism whose sprockets and chains are mere perceptions of sound, intricacies of meaning and syntax with less reality than Mercutio’s Queen Mab, or Prospero’s cloud-capped towers. It is not equipped with the tangibility of clay, the viscosity of paint, the immediacy of steel, or the simple conductivity of wire. Tongues, teeth and lungs bring it to life, ink and pixels preserve it, but apart from these neighborly appurtenances, language is fundamentally a mode of representation, a system of signs commonly accepted as referring to certain concepts. It has no actual correspondence with the external world. Which is one of its beauties. There are no limits to what it can do. It can be meticulously assembled or totally spontaneous. Its pleasure stems from infinite variation. There are no fixed associations, no unequivocal references that cannot be modified, reconstructed, mutated, altered or transformed. Language is eternally naked, anomalous as bones. It ribs, rails, goofs and grabs. It is a funhouse mirror. It tells us that something is there which is not actually there. Or may be there. Or could be there. Or should or should not be there. It thrives on predication, proposals of air in clouds and leaves. It is everything that is impossible made possible. It is water tied in a knot. It is a Brazil of giant metaphors, the fragrance of thought, the opium of solitude, pollen eloping with tropical winds. It is daylight twisted into Wednesday. The rhetoric of cells creating fish and crocodiles. Moscow turned inside out. It is a symptom of the artist’s mind manifesting itself as a faucet in Tierra Del Fuego. The noise of embroidery. The silence between notes. Black light. The disturbing amiability of zero.

Experimentation in words is different from experimentations in science. Experimentations in science lead to a sharpened empiricism, a principled pragmatism, an objective view of things that opens and shuts with the peremptory impartiality of elevator doors sliding open or closed. The honey of cause and effect. Experimentation in words leads to the mustard of cacophony, unbridled granite, ecstasies in anvils, legends and dragons boiling out of fugitive metaphors. Abstractions of thread. Mallarmé doing wheelies on a Harley-Davidson. Six nude somersaults and a buffalo in a tulip refinery. You cannot quite predict what words are going to do. That is the whole idea. That is exactly the kind of situation you want to be in: entering into a play with the language in which control is excused and revolutions begin. Revolution in both senses of the word: orbital motion about a point and a sudden or momentous change in a situation.

If I tell someone that I am going to sit down and write a poem they will form a very specific idea of what it is I am proposing to do. He is going to make a construction of words which will contain certain images and effects of sound designed to move the emotions or persuade or startle or impress. But if I tell someone I am going to perform some experiments on the language they will have a much less certain idea of what I am intending to do. Is he going to pour language into beakers and precipitate zeugmas? Is he going to create macabre mutations, long scintillating sentences scuttling along like syllabic millipedes? Inflate vowels with noble gases? Grow polymers out of morphemes? Discover a cure for dieresis?

There are two ways to go at writing a poem: one is to learn everything there is to know about it and cultivate a mastery, a management of words that will shine out in brilliant effects of imagery and sound but nothing else, just this virtue, this learned ability. The other method is not entirely antithetical to the first. There will be evident a fascination with language, a deepened understanding of its mysterious and vagaries, but far less certainty about how to marshal that understanding. There will be little lyrical effect and far more ugliness. Ecstasies rather than varnish.

There is a misconception that those who choose to experiment do so out of a childish need to avoid rules. This is absurd. It is the reverse. This assumption is an alibi for those who lack the nerve to experiment. They simply want to polish whatever is familiar within their sphere. The truth is experimentation requires a heightened appreciation of rules. The Oulipians, for instance, have made a great discovery in the paradoxically liberating energy of constraint.

The real difficulty is in doing anything new. The twentieth century was full of experimentation, full of movements and schools and manifestos and clashing philosophies. Futurism, Dada, Surrealism, Vorticism, Fluxus, Imagism, Objectivism, Black Mountain College, The Beats, The New Formalists, L=A=N=G=U=A=G=E writing and so on.

What has happened to realism? Still possible, still quite popular. Still proffered and published in glossy venues such as The New Yorker, Playboy, and The Atlantic. But one cannot help but feel something faulty at its core, as if some malady had affected its spine and caused it to go about hunched and slow, careful with cutlery, hesitant and nervous around crowds and food in foreign countries. The ideal here is a strange one: the wish to make the words disappear so that we have the illusion of looking out at the world through a pane of clear glass. The problem is, the glass is cracked and flawed and the window has been painted stuck. Even on balmy days we can’t get that window open again. Maybe it’s time to examine the glass, take a deeper look at the medium with which we’re dealing.

Brecht stated that language, as a finite generality, could not deal with objects, spectacles, and events that would surprise it to the point of stupefying it. Events such as Auschwitz and Buchenwald, Guantanamo and Abu Ghraib cannot tolerate a description of literary character. Roland Barthes furthers this perception as an impotence to produce a realistic literature today and proclaims that it is no longer possible to rewrite Balzac, or Zola, or Proust. “Realism is always timid,” he observes, “and there is too much surprise in a world which mass media and the generalization of politics have made so profuse that it is no longer possible to figure it protectively: the world, as a literary object, escapes; knowledge deserts literature, which can no longer be either Mimesis or Mathesis but merely Semiosis, the adventure of what is impossible to language, in a word: Text (it is wrong to say that the notion of ‘text’ repeats the notion of ‘literature’: literature represents a finite world, the text figures the infinite of language: without knowledge, without rationale, without intelligence)” (Barthes 119).

What a marvelous thought: “the adventure of what is impossible to language.” This is the essence of experimentation.

Language is radically arbitrary. We are now accustomed to think in terms of language as a body of rules. Meaning is an agreement, not a law of nature. There is no correspondence between a word and the thing to which it refers. This is imaginary. The word ‘apple’ is not an actual apple. And therein lies a paradise of experimentation.

My preferred definition is by Gerrit Kouwenaar, a member of the COBRA group, who said: “In contrast to the traditional poets, the experimental poet does not impose his will on the word, but instead allows himself to be guided by the word… The poet… does not depict something that he had stored up ahead of time, but experiences something he had not known before” (Rothenberg 234).

As an aesthetic experience, there is nothing like it. Taking a drug, particularly a hallucinogen, for the first time comes somewhat close to the mark. Skydiving, scuba diving, rock climbing, surfing, snowboarding and bungee jumping are other ways to get one’s adrenalin running and greatly heighten one’s sense of being alive. It’s probably a good way at getting a poem started. But ultimately, there comes that moment where it’s just you and a sheet of paper. What happens there is entirely up to you.